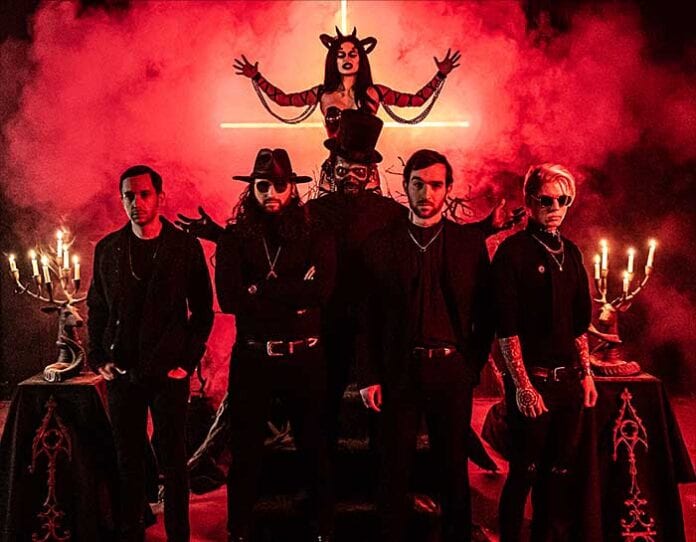 New Orleans band CANE HILL have delivered the gloriously devilish and sanguine video for the new song “God Is the Enemy.”

The track completes their Krewe De La Mort song collection. It began with “Power of the High,” which dominated the Devil’s Dozen on SiriusXM’s Liquid Metal for weeks on end, and “Kill Me,” which was deemed as “one of their heaviest songs yet.”

“‘God Is the Enemy’ is an honest comment on contemporary Christians and their skewed views of living Christ-like,” says vocalist Elijah Witt. “From the hypocrisy of the church shielding its abusive history (and their present) to the blatant racism, control of women’s bodily autonomy using the bible as a scapegoat—it’s obvious that the followers of Christ have gone astray. ‘GITE’ implores you to imagine how the religious world would react if someone claimed to be the son of God again.”