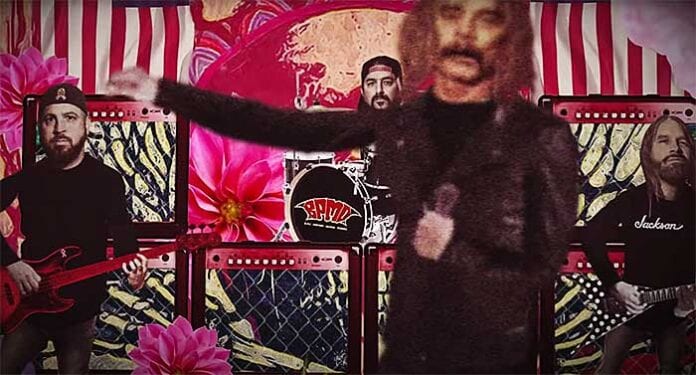 Bassist Mark Menghi says about “We’re An American Band”:
“The goal of American Made was, and is, to pay tribute to some of the great music of the 70s, in particular, American music from the 70’s. We love music from all over the world; England, Germany, Brazil, Canada, Australia, etc… but at the end of the day, we are an American band, so it made sense to pay tribute to one of the greatest American bands of the ‘70s by covering one of the greatest songs of that decade by the mighty Grand Funk…Being that this song was originally written about being on tour, we’ve been reminiscing about days on the road and how much we miss our fans! Touring is the lifeblood of most bands – we can’t wait to perform some shows and play these BPMD tunes, and see music flourish in a live setting once again.”

Frontman Bobby Blitz adds:
“‘American Band,’ in my opinion was the icing on the cake for this project. The idea of American Made, the 70s called for it. The song was iconic then and truly stood the test of time. The call and answer between my vox and Phil’s guitar on the outro make the track that much more special.”

THE PRETTY RECKLESS Get Into The Halloween Spirit