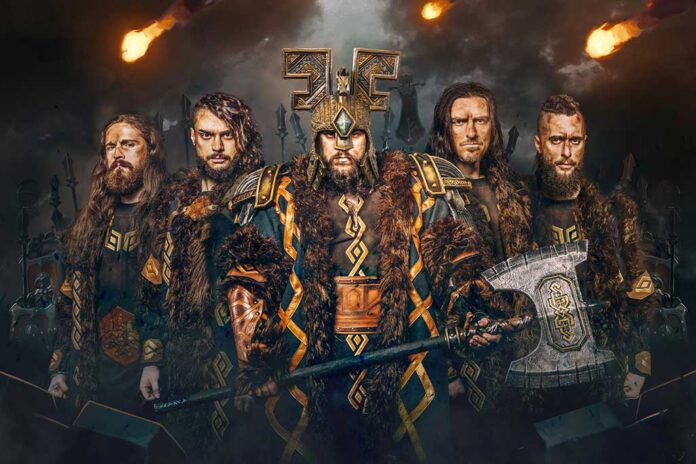 Hey there everyone! I’m Claudio from Wind Rose and these are my favorite video games that go along very well with heavy metal music. Besides the classic heavy metal inspired video games (like Doom, Quake, Halo, etc.), there are many others that I highly recommend to metalheads.

While playing this game I sometimes forget whether it is set in middle earth or at a metal open air festival, because all the places could be a great name for a band, and, of course, most of them are already taken (Carach Angren, Gorgoroth, Cirith Ungol, Minas Morgul). Also the gameplay is really metal, because it is set in Mordor and you have to make strategies to slay the captains and war chiefs of Sauron’s army to avenge your dead family. If you like stealth, get this one.

I don’t think this game needs much of an introduction. I bought it and played for a few hours. It doesn’t fit so much with me because I don’t like map boundaries, but the metal horns are really high during the whole gameplay. The story is really emotional and the combat system has great Viking metal energy.

Vikings are so metal, and inevitably this game also is. In my opinion, the most metal part of the game is when you travel to Asgaard/Jotunheim to follow the steps of Norse Mythology. The combat executions are really brutal, and you can’t keep from doing the metal face every time these happen. Most of the soundtrack is written by Wardruna’s mainman, and the best song is called “Out of the North.”

This game’s winning aspect is the grim atmosphere that’s created by the creepy marshes and ugly monsters, and all of this fits perfectly with metal. The combat music is a blast beat away from being labeled as symphonic death metal. The tavern/gwent songs really sound like they are written by a folk metal band. The Skellige soundtrack is really great, inspirational, and sounds a lot like something you would be happy to hear as a metal concert introduction.

I don’t usually like racing games, but the crash mode in the old Burnouts (replaced with the showtime mode in the newer ones), is really pure adrenaline. Your goal is to study a strategy to create a road accident that causes the most damage in terms of dollars. The secret tip to score the highest record is to blast some Amon Amarth or Rotting Christ while playing.

This is a really famous real time tactical video game with huge fantasy battles, perfect for metalheads. The siege of Ekrund, featured in this game, inspired us in writing the second single from our new album Warfront. The song is, in fact, called “Gates of Ekrund,” and the videoclip is also inspired by the gameplay.

This game reminds me a lot of my first fps Battlefield 1942. What I like the most about it is listening to some Sabaton or Powerwolf as I drive through the Himalayas running over enemies. There are also some missions inside Shangri-La, a lost Tibetan paradise where dark spirits roam.

This is a game where monsters are literally made of metal. They are huge animal shaped robots built to recreate the fauna on a post-apocalyptic earth. They emit metallic noises as they move around, and their strongest attacks come with creepy rattling screeches. The most metal thing in the franchise is the battle against the Slaughterspine, a gigantic dinosaur made of metal. When it recharges to execute its most powerful attack, you can hear a creepy electronic music that keeps getting higher and higher in pitch. If you play with a good monitor and good headphones, it really gets you pumped with adrenaline. If you don’t plan to play this game anytime soon, I recommend you to go check one of these battles on YouTube.

I want to include this incredible game in this list because the combat songs are literally metal songs. The Japanese really like to put rock soundtracks played on real instruments pretty much everywhere, but in this game they wanted to go more metal than rock. The maps are really epic, and you can draw inspiration to write metal songs from everything in this game. The villains are huge monsters and mechanical demons.

If you are reading this, I’m pretty sure you already know about this game. The “Dragonborn” theme is one of the most metal songs, even if it’s not metal, and the soundtrack in general is one of the best pieces of music that has ever been written. This game inspired us a lot when we were writing our 2015 album Wardens of the West Wind. In fact, the song “Age of Conquest” is about the Stormcloaks/Imperials conflict.