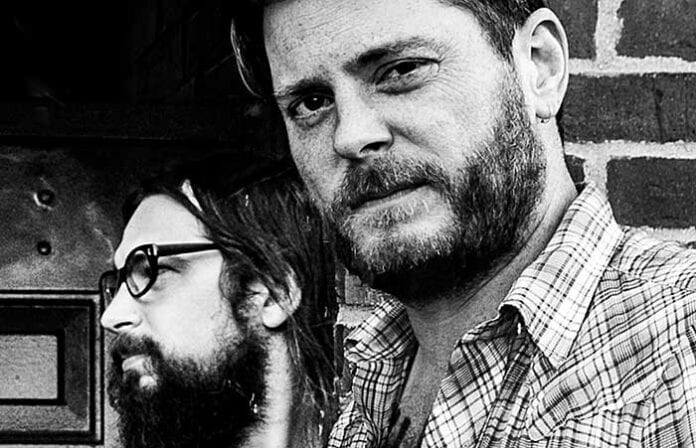 Blunt Razors is the new project from Gared O’Donnell and Neil Keener, known for their work in Planes Mistaken For Stars. While quarantined together throughout 2020 in Peoria, IL, they wrote and recorded a plethora of incredible songs. Sonically, some were enough of a departure from Planes Mistaken For Stars that the pair felt it deserved a different name. With that, Blunt Razors was born.

Their debut release, titled Early Aught, is comprised of five heart-wrenching originals that have the grit and beauty the duo is known for creating in Planes Mistaken For Stars. However, there is something musically unique creeping below the surface in Blunt Razors—an undercurrent of delicate melody carries their familiar voices and instrumentation downstream.

Early Aught tumbles freely before cascading into the album closer: a remarkable rendition of the Kate Bush classic “Under Ice.” This stunning six-song debut will be released November 20th on Deathwish Inc. (with physical copies to follow at a later date). Pre-order the album here.