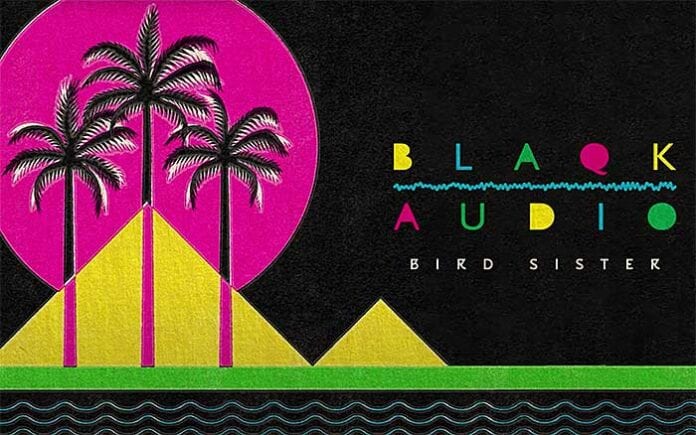 Released in two parts, the album includes the five songs dropped on July 28 as Beneath The Black Palms — Side A. The entire record is available to stream and to purchase here.

Blaqk Audio are also releasing a splatter vinyl version of the record, pictured below. Get it here.

There is an extremely limited quantity of signed vinyl still available, as well.

Beneath The Black Palms was recorded, produced, and mixed by Blaqk Audio.

The band has shared the visualizer for “Bird Sister.”

“‘Bird Sister’ is a song of the magic of will, the subversion of control, the toppling of orthodoxy and the divinity of the feminine,” says Havok. “The imagery was directly inspired by Jade’s evocative title which he’d attached to the music that divined the melody of the top line. Upon first listen, I sang it as if I’d known it for years. The lyrics flowed the same.”