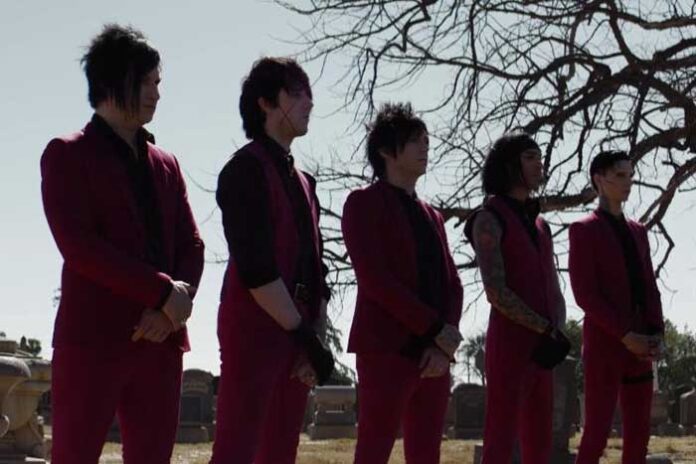 Following the release of the previous videos for “Scarlet Cross” (the band’s first-ever Top 10 radio single at Active Rock), “Fields Of Bone” (the Andy Biersack directorial debut) and “Crimson Skies” (the animated continuation of the story established in the other two videos), Black Veil Brides are back with the fourth video in the saga. The video for “Torch” is the final installment in the initial Blackbird/9 story arc. “Torch” also marks the second time frontman Andy Biersack got behind the camera to direct a video for the band alongside longtime visual collaborator Patrick Fogarty.

“We wanted to create something that felt like a fitting ending to the 4-video story arc that started with ‘Scarlet Cross’ and while this is the end of the original ‘Blackbird’ video chronology, it certainly is not the end of The Phantom Tomorrow narrative that plays out on the record and in our upcoming comic book series. It’s been one of the greatest joys of my professional life getting to dream up these concepts. For us as a band to work with such amazing individuals and to see this story realized on the screen is an absolute honor,” explains Andy Biersack.