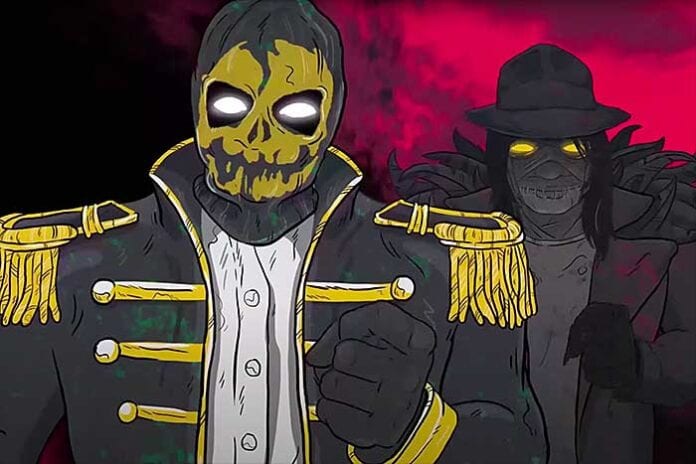 With the recent announcement made by Andy Biersack revealing the new release date for The Phantom Tomorrow (now available October 29th via Sumerian Records), Black Veil Brides is giving fans something to enjoy on what was scheduled to be the original release date. The band is releasing an animated lyric video for the punishing track “Crimson Skies” – the third song now available from the album via all digital service providers globally.

The animated video expounds upon the underlying story of the upcoming concept album based on an idea by Biersack. The video depicts a confrontation between the main character “The Blackbird” and his followers as they encounter “9,” his adversary introduced in the “Fields of Bone” video as the lyrics of the song roll throughout. The “Crimson Skies” lyric video was created by Ale & Cake Illustration and Tim Edwards.

IMMOLATION Releases Video for Second Single “The Age of No Light”