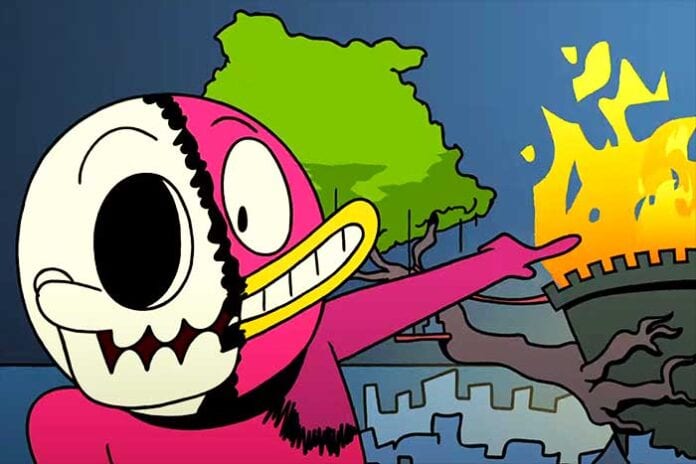 Grammy Award nominated progressive metallers Between The Buried And Me have released the official music video for their most recent single, “Fix The Error.”

The song, which features drum solos from Mike Portnoy, _Navene Koperweis, and Ken Schalk, is the first to be released from their highly anticipated new album, Colors II, which will be released on Friday, August 20th via Sumerian Records with pre-orders available now from betweentheburiedandme.com.

Speaking on the animated cut, frontman Tommy Rogers shares, “We have finally taken our first steps into the world of animation, and it’s a sight to see! As children of the 80s and 90s we wanted to encapsulate that feeling we had growing up watching the wacky world of cartoons in that era. It’s uneasy, unsettling, and somehow very fun! Let’s celebrate!”

LIFE OF AGONY and DOYLE Team Up for Beast Coast Monsters...