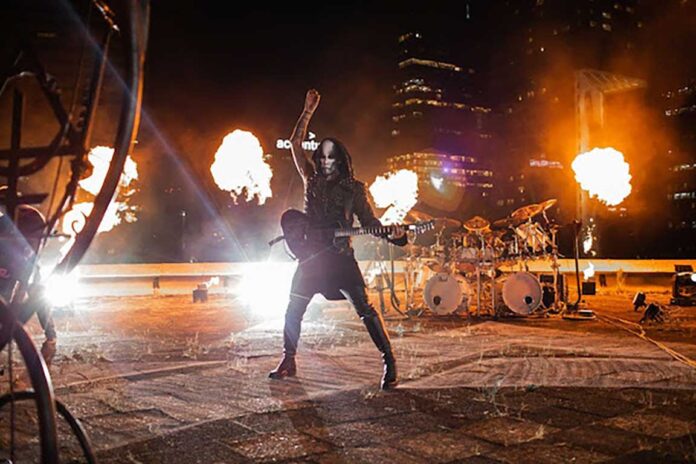 Ever the creative innovators, Poland’s extreme metal overlords BEHEMOTH have revealed their latest visual feast, Opvs Contra Cvltvram, a streaming event shot on the roof of Warsaw’s renowned Palace of Culture & Science and premiering at 12pm ET on Thursday, September 15 on the band’s YouTube channel and here.

BEHEMOTH’s leader and artistic alchemist, Adam “Nergal” Darski, informs, “Legions! We have gathered atop Poland’s infamous Palace of Culture to perform four brand new tracks from our record Opvs Contra Natvram, released this Friday! For a long time, BEHEMOTH have been censored and pursued by the Catholic Church at the behest of our fascist government.  This performance, with the backdrop of this building, represents a monumentous middle finger to those pigs and another for Joseph Stalin and his Soviet circle-jerk. Viva Freedom!”