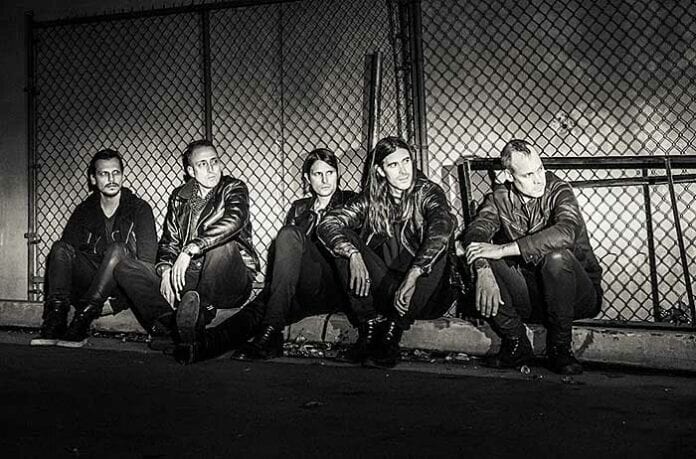 To dub American Nightmare iconic would be a vast understatement for the hardcore vanguard — the band has indisputably solidified themselves as legends within the genre and beyond. In celebration of the 20th anniversary of Year One, a compilation of the band’s first two EP’s, American Nightmare will embark on a North American tour and re-release the album via Heartworm Press and Bridge Nine Records in Winter 2020.

In February 2000 Wesley Eisold, the singer and lyricist behind American Nightmare, self-booked the band’s first-ever show in a church in Portland, Maine. The show not only spurred one of the most prodigal tenures of hardcore punk, but it also set a precedent for the band’s relentless DIY ethic, volatile musicianship, and bleeding heart lyricism. As a band and as a philosophy, American Nightmare set a new standard for the worldwide hardcore community.

American Nightmare’s first two EPs, American Nightmare and The Sun Isn’t Getting Any Brighter, were released as an LP by Bridge Nine in 2001. Defying styles, trends, and even names, American Nightmare quickly rose as a bellwether to the giants of punk, metal, and mainstream music. After releasing several EP’s and two LP’s, the band split in 2004 before reforming in 2011, with Eisold pouring time and talent into his new wave outfit Cold Cave in the interim.

The Year One reissue will be released via Heartworm Press and Bridge Nine Records on February 7, 2020. A full tour itinerary can be found below. Tickets will be available at AmericanNightmare.net on Friday, October 11. Stay tuned for more updates.