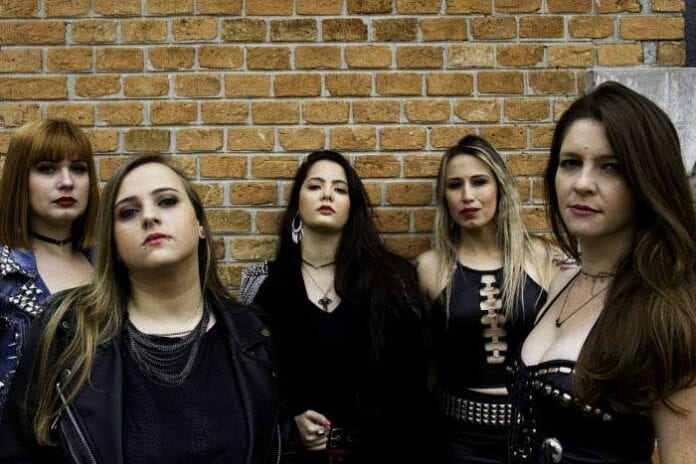 It’s not a secret anymore !

Initially formed in 2000 (yes, almost 20 years ago!) as Wind of Fate, PANNDORA—now composed of Renata Paschoa (Vocals), Luana Bomb and Rebecca Rastelli (Guitars), Taise Bijora (Bass), and Adrismith (Drums)—has recently recorded what will be their new album of eight songs (Shout Out / Uranie / False Excuses / Cold Eyes / Death Is Not the End / Partners in Crime / The Moorland plus a Judas Priest cover of “Electric Eye”) to be unleash around October 2019 on CD & Cassette formats.

Artwork to be revealed soon, as well as a first song—stay tuned!

DC Invites RISE AGAINST to Provide the Lead Track for Its...