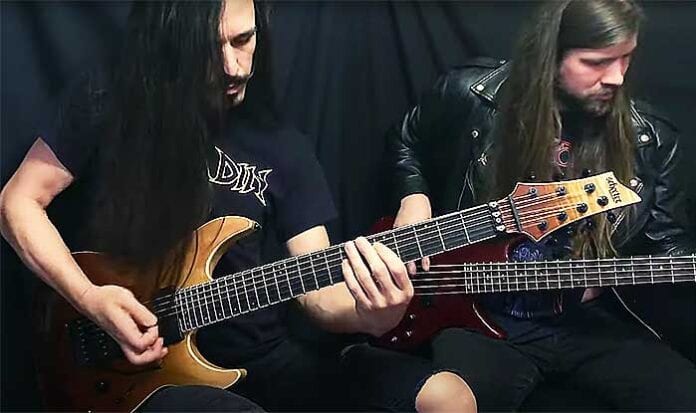 AETHER REALM’s acclaimed 2017 release Tarot is the album that truly surged these melodic death heroes onto the metal map, and now, fans can own the album in an array of exceptional new formats upon its reissue with Napalm Records on September 11, 2020.

The North Carolina based quartet’s massive, now 12-track/70+ minute sophomore release (expanded with the addition of previous standalone single ”The Magician” to the new physical edition) garnered notable underground appeal and cemented the band’s mind-blowingly multi-faceted sound as their own.

Today, the band has graced fans with yet another special video featuring a track cut from Tarot, this time in the form of a new guitar and bass playthrough of “King of Cups.”

Pre-order your edition of Tarot via Napalm Records HERE