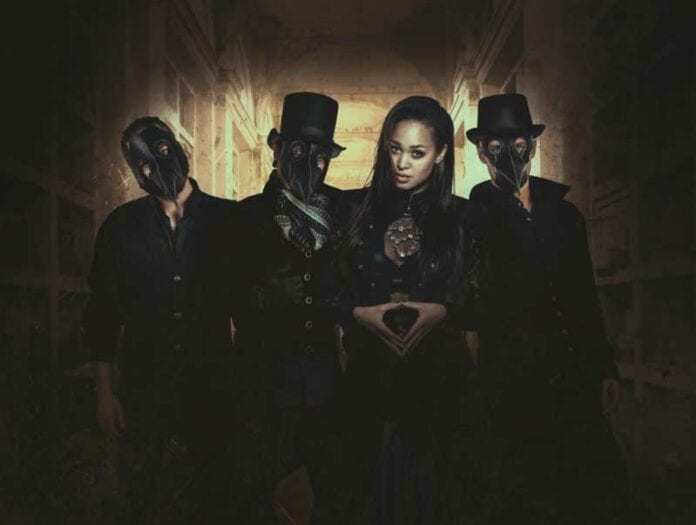 Napalm Records is proud to have signed with one of the most talented symphonic power metal outlets in 2019. AD INFINITUM was founded in 2018 in Montreux, Switzerland as Melissa Bonny’s solo project that became a solid band, when she joined forces with Adrian Theßenvitz, Jonas Asplind and Niklas Müller. Now it’s time to push it to the next level! AD INFINITUM is already planning an album for early next year, which will be released via Napalm Records.

AD INFINITUM on the signing: “As the work on our album comes closer to its end, we are thrilled to announce that its arrival will be in good hands. We couldn’t hope for a better collaboration for this release than with Napalm Records. And cherry on the cake, the promotion of the album will start with a European tour with three talented bands. Stay tuned! Adrian, Niklas, Jonas & Melissa.”

Melissa Bonny, known from RAGE OF LIGHT and as guest-musician at WARKINGS, created AD INFINITUM as powerful mix between the beauty and magic of symphonic melodies and hard metal riffs. Melissa enchants her fans with her extremely changeable and unique voice.