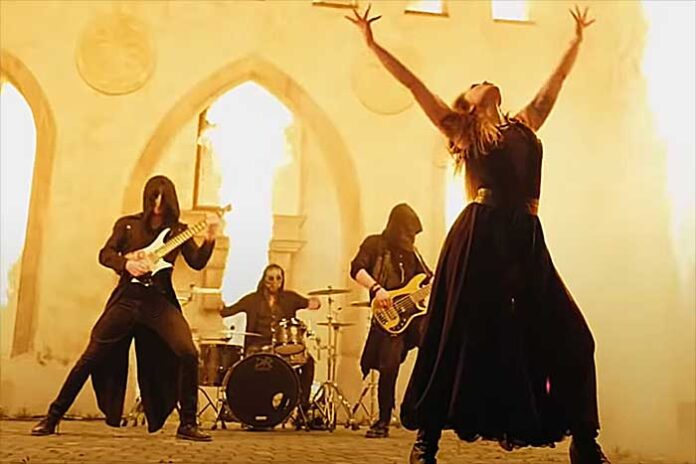 Cut from their upcoming album Chapter II – Legacy (out October 29 via Napalm Records), ”Afterlife” propels the band into the realms of eternity with spine-chilling cembalo insertions, shivering strings and epic guitar riffs. This is an outstanding, harmonic duet that promises instant goosebumps!

AD INFINITUM on the new single:
“‘Afterlife’ is one of those songs that was an obvious candidate to introduce and represent the sound of our second album. We are proud to present a darker, heavier AD INFINITUM and we are thrilled to share “the stage” with one of the greatest voices in metal nowadays, mister Nils Molin.”

Nils Molin adds:
“AD INFINITUM is one of those few bands that with their second album go beyond delivering upon the great promise established by their first release and instead shatter expectations with Chapter II – Legacy! I’m hella excited to contribute with my voice and be featured on the haunting and devilishly delicate track and second single release—‘Afterlife’!”

LORD OF THE LOST Releases Gripping Music Video for “My Constellation”

CROWN THE EMPIRE Drops Video for Their Heaviest Track to Date...