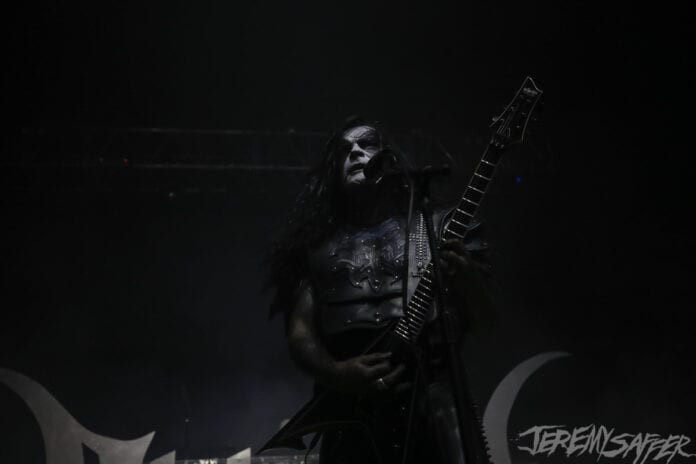 Today on social media, Abbath announced that he has checked into a rehab program because, “It’s no secret that I’ve been battling addiction. I have now come to realize that it’s time to pick a fight with this demon.”

Abbath previously announced on November 14 that the band was canceling the last shows in Argentina and Brazil due to health issues.

Everyone at Outburn wishes him the best with this battle and can’t wait to see his return to the stage next year.

Throughout life you’re dealt different decks of cards. I’ve been fortunate enough to have been given the opportunity to live my dream, which is writing music, putting out records and touring the world, playing to fans all over the globe. For the most part it has been a tremendous ride, but there’s also been moments where things have gone wrong. Most notably during the recent tour of South America, where we had to cancel shows in Argentina and Brazil.

It’s no secret that I’ve been battling addiction. I have now come to realize that it’s time to pick a fight with this demon. I’ve committed myself to a rehab program that’s going to help me get clean once and for all. I feel more motivated and determined than ever to win this battle.

Due to my program, we need to cancel the December shows that we have scheduled with my other band, Bömbers. We do apologize to our fans that was looking forward to these shows. We will make it up to all of you, and we’re currently working on rescheduling these shows.

Right now I’m very much looking forward to be coming back clean, stronger and more focused and fired up than ever.

Europe and USA, you have been warned, we’ll hunt you down like a thunderstorm next year. Nothing is going to stop us.

FALLING IN REVERSE Release “The Drug In Me Is Reimagined” Song...