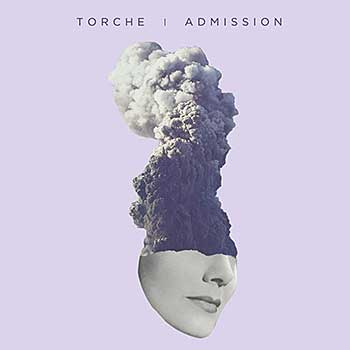 THUNDER POP SLUDGE: Followers of Miami’s Torche since their early days have probably noticed how the band’s patented thunder pop came to its frenetic least on 2015’s Restarter. Torche’s sound was always a buttressing of Beach Boys and Guided by Voices hooks steamrolled by down-picked and palm muted sludge metal played with a punky attitude all topped off by the explosiveness of the flapping and tuned down to oblivion bomb string rumble. Their sound was not only the disparate clash of melody and abrasion, but the dynamic also included a tempo gravitation between molasses pace and near-thrash.

Admission is the band’s fifth album and while it undoubtedly sounds like Torche, it also sounds as if the band is sleepwalking. Not only is the skittering punishing sunshine of “From Here,” the hot rodding “What Was,” and infectious closer “Changes Come” the few outliers when it comes to guitarists Steve Brooks and producer and bassist turned guitar Jonathan Nunez extracting their approach from rote, muscle memory, quarter note picking, there’s a disappointing lack of enthusiasm to their overall attack. The delivery is languid and sounds incomplete, like the listener has stumbled upon a jam session in which the band is still working on unfinished ideas after a long, tiring day. The sense is one in which it seems like they’re coasting. The riffing is achingly lazy and the melodic sense so truncated that even firebrand drummer Rick Smith sounds like he’s pitter-pattering instead of pounding and raging and can’t infuse the material with energy the way he previously has. Amazing for a man with as much natural B-12 and caffeine flowing through his veins as he has. Brooks’ vocals follow suit as his delivery is more of a mournful moan instead of soulful singing.

A saving grace comes with the fact that Torche still possesses a singular sound—when you hear similar sounding bands, you know it’s Torche being copied, not doing the copying—and continues to be instantly recognizable for their own uniqueness. The trouble is Admission is a disappointingly and less than exciting expression of those original elements. ~ Kevin Stewart-Panko