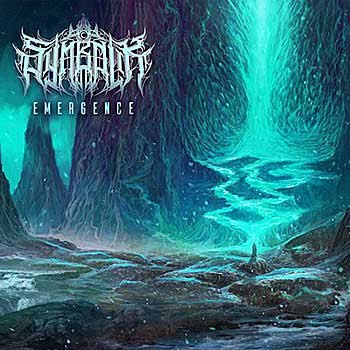 NEO-CLASSICAL MELODI-DEATH: Before we get into the musical meat of the matter, take a look at Symbolik’s logo. Now, go take a gander at Inanimate Existence’s logo. When you’re done trying to figure out where one begins and the other ends, go feast your eyes on Arkaik’s, The Zenith Passage’s, The Ritual Aura’s, Fallujah’s, et al. I don’t know what the official name of that font is, but it would appear that particular lettering style (and slight variations thereof) is a big hit with the new era of tech-death kiddos. And in the interest of playing a trigged drum kit and eight string guitar game of connect the dots, Symbolik guitarist/original member Allen Burton has been spotted holding down live court for Inanimate Existence as well as having spent time in Alterbeast and The Odious Complex, two bands whose logos look like they desperately wanted to use said font, but had second thoughts that weren’t too drastic second thoughts. Symbolik makes which community subgenre they call home obvious, but the Stockton, CA band makes a valiant attempt at molding the tech-death model to its own specifications with a symphonic element that, unfortunately, falls flat more often than not.

What Emergence excels at is technically precise neo-classical death metal shredding. Theirs is a melodic wave of baroque infused rudiments played at speedy tempos that are more fleet fingered scalar runs and arpeggios instead of heavy, crushing riffs that punch you in the gut. As such, the entirety of the album presents more like “Look at us!” instead of “Fucking feel us!” Burton, fellow axe slinger Taylor Whitney, and bassist Daniel Juarez appear to be prodigious types who likely developed their craft listening to Necrophagist albums and playing DragonForce songs at expert level on Rock Band. Their playing is dizzyingly proficient and immaculately clean. However, these guys can’t write a song for shit. What’s masquerading as riffs are little more than chopped up scales combined with other chopped up scales and a jumble of high velocity, single note harmony runs lurching to and fro with no attention paid to direction, emotional impact, or songwriting flow. You know that old stereotype about guitarists standing furrow browed and cross armed at shows saying, “Pshaw, I can do that!” Emergence is the result of those dudes creating an album that says to other guitarists, “Let’s see you do this!” The 10 tracks on offer here are virtually indistinguishable from one another, a pitfall that grows bigger and more frustrating during the final third where a number of the songs are connected and play straight into one another.

A saving grace comes not only at the hands of Burton and Whitney and their generally entertaining solos, but chiefly from Brandon Clevenstine who, in addition to drum duties, is responsible for the layer of orchestration throughout the album. His addition of keyboards and classical instrumentation—all sampled, mind you—adds a textural counterpoint that is choral in spots and battles to elevate the milquetoast tech noodling. The result is an air provided similar to that of Cradle of Filth, Dimmu Borgir, and Fleshgod Apocalypse that also expands the limited reach of this album were it left to its own guitar/bass/drums devices. ~ Kevin Stewart-Panko