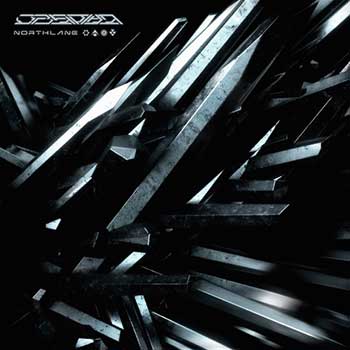 PROGRESSIVE METALCORE: Northlane is back with its first full-length in more than two years and first independent release, Obsidian. Riding a wave of acclaim for 2019’s Alien, Obsidian sees the band barreling ahead on the trajectory set forth on that prior release, with even more complex songwriting and musicianship, while also taking the time to explore and experiment with new flavors to create a wider spectrum of sound.

Obsidian begins with a beautiful synth-laden soundscape and frontman Marcus Bridge crooning over it on “Clarity,” before things take a turn for the heavy. The chorus of the track has some of the highest, harsh scream-sing vocals to date from Bridge, as he belts out, “Clarity! Don’t let me down!”

The album doesn’t relent and continues with an absolute banger of a track “Clockwork,” which exemplifies the hybrid of electronic, rock, and metal elements that Northlane masterfully wields. The bouncy breakdown that ensues at the 2:37 mark of this track is sure to be absolutely devastating in a live setting.

Things take a turn towards heavier synths with “Echo Chamber,” which is fine on its own, but is immediately overshadowed by one of the best songs on the record, “Carbonized.” This song, which was an early single, sees Bridge railing against predators and abusers in the heavy music scene that have gone on to continue their careers despite their repugnant actions, culminating in a bone crushing breakdown three minutes in with the line “I’ve got no heroes anymore!”

Obsidian continues with “Abomination” and then “Plenty,” which is a toss-up for best song on the entire record. On “Plenty,” an ambient intro gives way to thick guitar riffs and echoing screams from Bridge before he hits with one of the most addicting melodic vocal hooks he’s ever recorded. The song feels close to mastery that the band had put forth on Alien, while still reflecting the growth present on this new record. The remaining half of Obsidian is absolutely stacked. “Xen” is a catchy workout ready track that brings all the layering and syncopated grooves you could want, and “Nova” is an electronic-laden melodic masterpiece that explores a new direction.

The band closes Obsidian on a high note with two great songs that are very different from one another. The title track is dissonant at times, featuring some of the heaviest moments on the album, lyrically and sonically, as Bridge protests against the selfish nature of humanity. Whereas album closer, “Dark Solitaire,” has the most powerful clean singing on the record, with Bridge’s vocals marrying beautifully with the electronic melodies. The song builds to a huge drop with a crunchy guitar riff that punctuates the album’s final breakdown. This dissipates into ambient synth and feedback that slowly and softly fades away.

On Obsidian, Northlane continues to veer away from the pack of djent bands that were once their peers. They’re marching to the beat of their own drum…and synths! While there are a couple tracks that miss the mark in keeping the momentum going, most of the record is a thrilling ride that feels like both a soundtrack to and commentary on the pandemic years we’re living through. ~ Nathan Katsiaficas