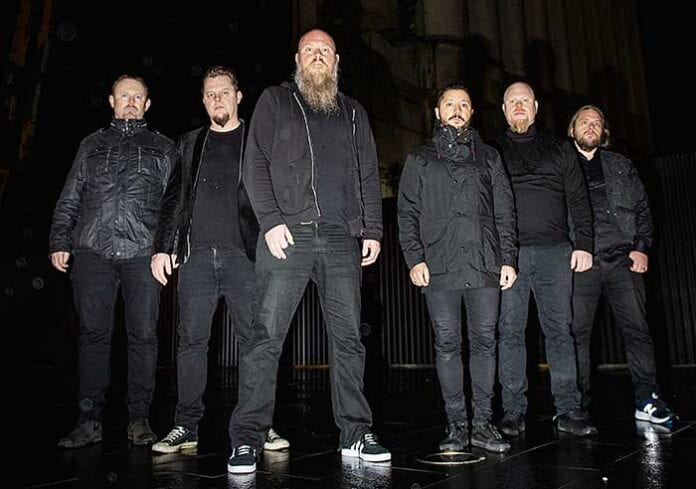 Touring very often can make or break a working band. The life of a musician is all about getting those creative ideas down in the studio and out to the people. But what happens when negative elements come together and the road ends up being more of a curse than a blessing? This was (sort of) what happened to Green Carnation when they embarked on a disastrous, poorly organized US tour to promote their stellar 2006 album, Acoustic Verses. Yours truly was at one of the dates, a show where Green Carnation gave their very best on stage to an audience of maybe 25 people. The tour, by the band’s own admission, bankrupted and disheartened them so much that Green Carnation essentially broke up.

Thankfully, nothing lasts forever (especially band breakups), and here we are with the much anticipated Green Carnation reunion and another fantastic release to their credit, as well. Leaves of Yesteryear falls in the familiar, warm, and welcoming territory of the band’s melodic and melancholic brand of metal. The members’ pedigree from bands like …In the Woods and Emperor still stands tall, but Green Carnation has long since shaken off the shackles off their past in favor of a legacy all their own. We got in touch with frontman Kjetil Nordhus to discuss the band’s status in 2020 and beyond, with Leaves of Yesteryear signifying a rebirth and new beginning for one of metal’s most unique, original acts.

How did it feel the first time you were all in a room together after the initial live dates, composing new music?
Well, that wasn’t exactly how it happened. We did sit down and discuss a lot about what we wanted with the band, our ambitions, and what we were going to focus on in the years ahead, including making new music. One important aspect being that we were not going to decide on making a new album before we knew that we had it in us, that Green Carnation and the members could still make something relevant for ourselves and relevant for both old and hopefully new fans. And it took us almost two years from deciding to work before we knew we had material to make an album that we wanted and needed to make. Along the way we have been working with a lot of ideas and songs that are not on this album, because we wanted and needed the album itself to choose what to be on it, meaning not putting on a song or two for the sake of it, but choosing what would make the album turn out exactly how we wanted it to.

Did the ProgPower date in 2016 reestablish any confidence in Green Carnation, that there was more story to be told, more music to be written, and that the fans were still there to support you?
The deal we did before 2016 was to stretch our abilities to the absolute maximum when taking Light of Day, Day of Darkness back on the stage, and then, after 2016 decide if we wanted to continue. The entire comeback year in 2016 restored that confidence, with all the shows being nothing but amazing for the band, both because we succeeding with what we wanted to do and, of course, with the reception from the crowd and fans.

I was in attendance at the Massachusetts gig for your last American tour, and it was one of the most honest performances I’ve ever seen. Even though turnout was poor, you gave us such an amazing show that I’ll never forget. However, this tour was one of the catalysts for the band’s original split. Are you able to look back at that period now and see the good shows for what they were, or is the whole experience something that’s still really bitter?
At least with me, I tend to remember the good stuff better than the bad stuff, and in some ways that’s the case with our US tour back in those days. Another thing I have learned after being in bands for so many years, is that you get nowhere with blaming other people when things don’t turn out how you want them to. A band can plan their success in many ways, and it is easy to see in retrospect that if building the band’s reputation was the aim for that US tour, we should never have been going on a headliner tour like that. We should have had a long-term plan in the US to grow slowly but steadily, and go on a headliner tour when the market was ready for it. But, we didn’t know at the time, which gave us some harsh lessons, and, of course, a lot of memories for life, including meeting and being able to play for some of the most dedicated and happy Green Carnation fans around.

Is it important for new Green Carnation material to be a relevant step forward, just as A Blessing in Disguise, Quiet Offspring, and Acoustic Verses were unique and different? Did inspiration come easy, or was there any rust to shake off?
It would make no sense for us to come back after so many years only to do something that we could or would have done 15, 16, 17 years ago. There is still a certain level of retrospect in the album, meaning that we went back and took with us the typical Green Carnation elements developed through years of personal and musical development and put it together in a fresh way and also pointing towards the future. I wouldn’t say there was any rust to shake off, but we needed some time to find a formula of working that was good for us now.

Were any of these ideas on the new album left over from the scrapped Rise and Fall of Mankind project, or did you come into Leaves of Yesteryear starting from scratch?
Some of the ideas are quite old, from the beginning of the 2000s, but first and foremost we wanted to start from scratch this time around, as I said having the album itself define what was going to be on it and not. There has been a lot of writing and speculation about The Rise and Fall of Mankind, and it is soon time for us to define what that will be. News about that will come in a while.

“WE WANTED TO CREATE AN ALBUM THAT TAKES THE LISTENER ON A JOURNEY, FROM THE FIRST TO THE LAST SECOND.”

Leaves of Yesteryear is heavy with the melodic approach that’s always defined Green Carnation combined with that ever-present melancholy. The songwriting sounds, though, more in line with Blessing or Offspring, although the epic feeling of Light of Day still resonates in a song like “My Dark Reflections of Life and Death,” to the point where you even reference that album in the lyrics. Was this intentional, to combine two long tracks with the more immediate “Sentinels” and the title track?
I think that question sums up what we in many aspects succeeded in bringing the typical Green Carnation elements together, developed and refined, in this album. Regarding the question about “My Dark Reflections of Life and Death,” you are right. Actually, the entire Light of Day, Day of Darkness was based on that song. One of our ambitions with this album was also to knit together the entire album releasing career of the band, and with that song being the basis of the album that in many ways was our breakthrough, it needed to be on this album. All the songs are there for a reason. We wanted to create an album that takes the listener on a journey, from the first to the last second. And all the songs are where they are on the album for a reason. Having a long track again as the second track would give a different feel to the journey, for example.

Even though the album is four new songs and a cover, it still feels fleshed out and complete. Of course, it helps that “Solitude” is performed with your own unique flavor. What impacted the decision to cover this song and close the album on this note?
“Solitude” is on the album because it needed to be there. It is the perfect song, musically and lyrically to close the album and end the journey. We could have put one or two or three new songs in the end, which would have ruined the album, meaning it would make the album turn in a direction we didn’t want it to.

Do you feel like you’ll ever risk touring the US again if the proper preparations can be laid out in advance?
Of course, if the time is right and the market is ready for it. But we are also in life situations now with lots of domestic responsibility, so I doubt there will be extensive tours in small venues again for this band (laughs).

What was the response to the album at the listening party with all the quarantining going on?
The response was great, to be honest. We didn’t do it first and foremost because of the quarantines, but because we wanted to give our fans an extra treat. Though it does seem like maybe the situation so many people were in, and are still in, made that treat extra popular, which, of course, is very nice.

Thanks for doing this interview, and again, it’s so good to have Green Carnation back.
Again, thank you for reaching out to us. It means a lot. And there will be some information about something with Green Carnation and US in the same sentence within not too long! Take care and stay safe!

JARBOE: The Journey That Stays With You

BRICK BY BRICK: Aggression and Angst