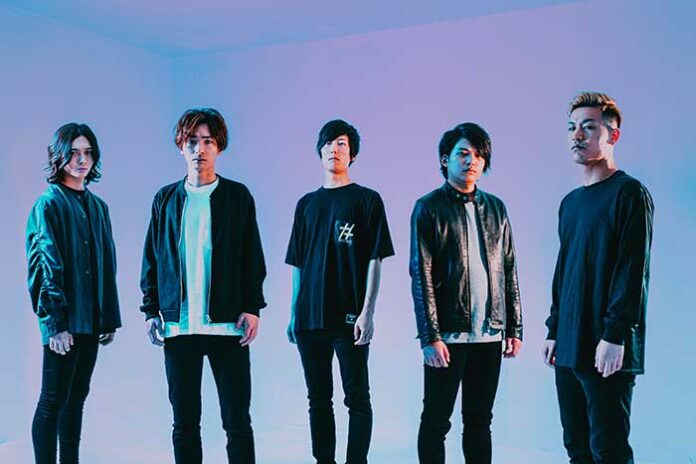 LISTEN TO THE EXCLUSIVE PREMIERE OF THE NEW SINGLE “ILLUMINATOR” FROM SAILING BEFORE THE WIND ONLY ON OUTBURN.COM

Tokyo based metalcore outfit Sailing Before The Wind has released a brand new song, ”Illuminator,” featuring Clayton King of So It Begins. “Illuminator” is the band’s first single since releasing their rerecorded EP Immemorial last year. It boasts relentless grooves, ruthless guitar leads, and a driving chorus that rips the song open at the seams.

Fueled by bassist and composer, Bitoku Sakamoto (known as a touring bassist for Crystal Lake), Sailing Before The Wind songs frequently feature highly melodic twin guitar leads, metal riffs, and breakdowns, with a variety of influences including Parkway Drive, August Burns Red, and In Flames. Sailing Before The Wind is also recognized for their aggressive live performance and synchronized stage presence.

“The new single is for all the people who’re struggling in believing in themselves,” says Bitoku. “When life seems tough, illuminate the way yourself.”

Sailing Before The Wind is a Japanese metalcore outfit formed in Tokyo in 2011. Throughout its history, the fully independent band has gone through numerous lineup changes, with bassist and composer Bitoku serving as the only original member. Bitoku writes and engineers every song in the band’s repertoire, and is currently joined by four recruited members — Ryoichi (vocals), Kosuke (guitar), Daisuke (guitar), and Hiroki (drums).

The band gained a growing underground fan base from their 2012 EP, Judgement, followed by 2016 EP, Sanctuary. Their 2019 EP, Revised Standards, ranked #2 in Japanese Apple Music Metal chart next to BABYMETAL and featured guest vocals from Thomas Pirozzi of Sienna Skies, Al & Nick Boltz of A Scent Like Wolves. After releasing six EPs and many tours, the band highly recognized in Japanese metalcore scene in recent years.