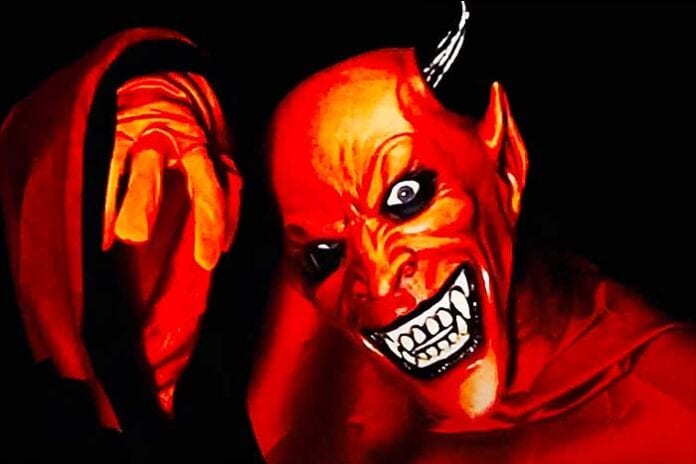 WATCH THE EXCLUSIVE PREMIERE OF THE NEW MUSIC VIDEO FOR “RIDIN’ IN SIN” BY ORDER OF THE STATIC TEMPLE ONLY ON OUTBURN.COM

“Being chauffeured by Satan would be the cat’s meow, if it weren’t for the beatings. But hey, there’s a downside to everything. Our recommendation: when kidnapped by Beelz… just turn it up loud and enjoy the ride.” – Rob Robinson

Order of the Static Temple is a new coldwave / industrial/ EBM / noise project conceived by Rob Robinson during the early stages of the pandemic. Although a new project, Robinson is a long time figure in dark music. Early in his musical career he was an integral part of Southern California industrial, writing and performing with BOL, Hate Dept. and Kevorkian Death Cycle. In recent years he helped produce ohGr’s 2018 release Tricks, wrote with Black Line (members of Nitzer Ebb), composed multiple B movie horror film scores, and produced/mixed/mastered numerous artists in the goth industrial genre.

With Order of the Static Temple’s debut album Rise In Fire, Robinson is joined by Matthew Setzer (ohGr, Skinny Puppy, London After Midnight) on guitars, Damsel In The Dollhouse for additional vocals/visuals, and Mark Levy (Ranges) on non-machine drums.

Order of the Static Temple’s debut album will be released on June 18th on Negative Gain.