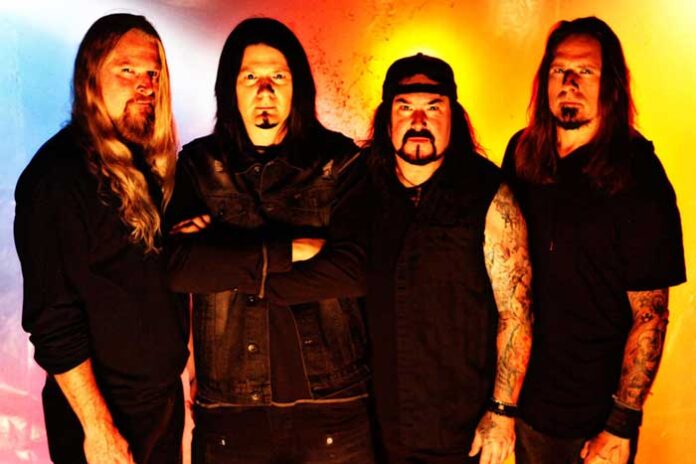 Morbid Angel redefined the shape of death metal with their album Covenant. It showed that a death metal band could transition to a major label (Giant Records) and not compromise their sound or intensity. “God of Emptiness” remains one of the most brutal and sludge-ridden death metal songs of all time. David Vincent was one of my major vocal influences in my first death metal band Oppressor.

OBITUARY “Chopped in Half”

How can you even begin to describe John Tardy’s vocals? Gargling glass is the only description that comes to mind. The album Cause of Death is the album that got me into death metal.

Incantation brought a newfound heaviness to the death metal scene. At the time the album Onward to Golgotha came out, it was the heaviest of the heavy to be unleashed at the time. This is the album that made me as a musician want to get heavier and heavier and push the genre’s envelope.

What more can you say about Napalm Death? They created grindcore and the blast beat. Although “Suffer the Children” is a more polished version of Napalm Death, it remains the best representation of the band as far as precision and production. It was an inspiration to continue to play faster and faster and stretch human limitations to the breaking point of capability.

This song is the first song ever released by the band. It was the first video we ever made. It once again gave each member the feeling that anything was possible and gave us the freedom to push the envelope musically. A guitar solo by Terrance Hobbs of Suffocation was the icing on the cake.

This was actually the first song we wrote as a band. It gave me a platform to see if I still had it vocally after not singing death metal in nearly two decades since Oppressor disbanded. It was so much fun to do and explore new ways of recording death metal in a new era. I had the freedom of not playing bass and focusing entirely on vocals and lyrics than I did in the Oppressor days. I reached out to my good buddy James Murphy and he slapped down one hell of a solo on this track as well!

“Upon the Mayan Throne”

This track was really a great addition to the album because it slowed things down a bit. It allowed me to explore a more My Dying Bride style of vocals to which I am a big fan of.