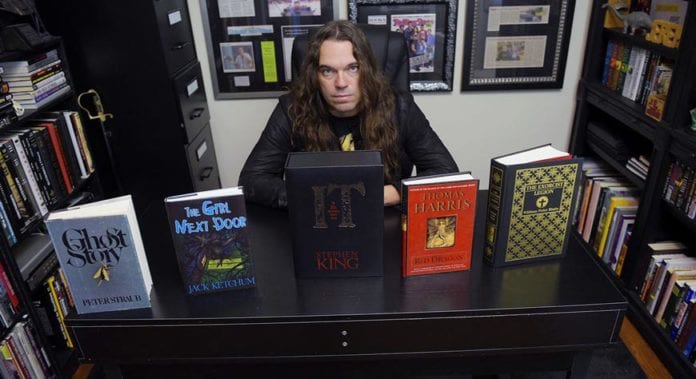 Photograph by Stephanie Cabral
(in no particular order)

I can’t say enough in interviews of how much I admire, respect, and love Peter Straub’s work. And he’s a helluva great guy. He allowed me to have a personal blurb he gave me, and I’ll always be grateful for that. Straub’s Ghost Storyis one of the finest horror novels I’ve ever read in my life. This may be Straub’s masterpiece and is up there among the most horrifying reads of all time. This story is about a group of young men who become enamored of a monster, but like all monsters, this one can’t help but show her true face in the end. Sometimes out of rage, sometimes for entertainment. The end result is the same. But if you think death is the end for those hapless victims, guess again. Straub builds up slowly in his storytelling, and what is coming for the chowder society—or their remaining bloodline—is something of nightmares. Straub’s monsters take on human form, but you know that beneath that thin veneer of humanity, they are more horrible than you can imagine. As I read this novel, I realized that I never found out the true origin of the horrific thing…a thing of many names, but “ she” has always occupied our nightmares: A Manitou, a werewolf, a zombie, a vampire, or a ghost—that much I learned. Just typing about this gives me a chill. If you haven’t read this novel, I highly urge you to do so now.

2. THE EXORCIST by WILLIAM PETER BLATTY

The movie is a masterpiece in horror, and I love it to death. But the novel, The Exorcist, is almost more terrifying and haunting. When Father Merrin discovers Pazuzu during an archeological dig, and Regan discovers Captain Howdy through a Ouija board, I instantly felt uneasy. This novel is a classic. There’s nothing else like it. Disturbing, violent, obscene, and disgusting—all done well and the way I like it. What is evil? What is good? Do you believe in Satan and salvation? Blatty nailed it so well. Again, terrifying.

3. THE GIRL NEXT DOOR by JACK KETCHUM

I know this novel isn’t for everyone. I love all of Ketchum’s work, and the man himself was a real joy to have called a friend. The Girl Next Dooris horrifying across the board and in many ways. Just knowing that it is based on the very real torture and murder of Sylvia Likens makes it more insane. Sometimes you want the madness to stop, but you keep reading. The Girl Next Dooris a girl kept in captivity, and it seems the whole neighborhood is there to ruin her in unimaginable ways. I like extreme horror and a solid story. This novel has all that.

Thomas Harris is gift to American literature and he has never disappointed. I wish he’d put out more novels on a regular basis, but I’ll take what I can get. Harris is one of my favorites, and Red Dragonis up there with all the novels I love. In Red Dragon, former FBI man Will Graham uses his unique talents to get into serial killers’ minds. Graham needs to capture Francis Dolarhyde, The Red Dragon, who has slaughtered two families, and to get help, he goes to one Hannibal Lecter—a serial killer Graham helped put away without doing so unscathed. Lecter, of course, has his own angle here. Dolarhyde’s evolution from unwanted baby into adult serial killer is gripping. As a reader, I found that I fucking sympathized with Dolarhyde! You feel sorry for him, despite the brutal and sick things he’s done while murdering others. That’s the brilliance of Harris’ writing. Please, read this book. It’s horrifying and unlike anything else I’ve mentioned here. And that’s a great thing.

5. IT by STEPHEN KING

My mother first bought ITin hardcover the day it came out. She finished it in a few days and declared that is was the scariest book she’d ever read (and she still says that). Of course, as a horror loving teenager then, I had to read it and I did after Mom was finished. ITwas unlike any other novel I’d read by King or anyone else. The novel is epic in scope and truly scary on many levels. I like that King’s classic here was a #1 New York Times bestseller. A tale about seven adults that return to their hometown to confront a nightmare they first encountered as teenagers is riveting. Moreover, this thing in the novel is an ancient evil without a name, so it’s called, “ IT.”The terrifying things that the main characters have to face is unimaginable.
The setting for ITis in the fictional town of Derry, Maine, a small town as hauntingly familiar as your own hometown. Only in Derry, the evil and macabre are all too real. The seven teenagers from Derry first discovered and whooped on IT. Now they are all adults, men and women, off in the world to gain success and happiness. But the promise they made 28 years ago calls them to reunite in the same place where, as teenagers, they battled IT—the evil entity that preyed on Derry’s children. Now, children are being murdered again, and their repressed memories of that terrifying summer return as they prepare to once again battle the monster lurking in Derry’s sewers. This novel is worth reading again and again. It’s horror and deep storytelling of the highest order.
*Note on Derry: I always thought it was cool that Stephen King’s “ Derry, Maine”  is a place with a deep history in his books. This town reappears in many of his books, including Bag of Bones, Hearts in Atlantis, and 11/22/63. But Derry truly began in IT. 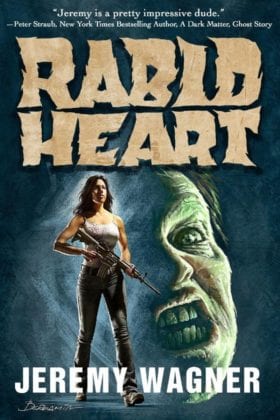 You can order your copy here: