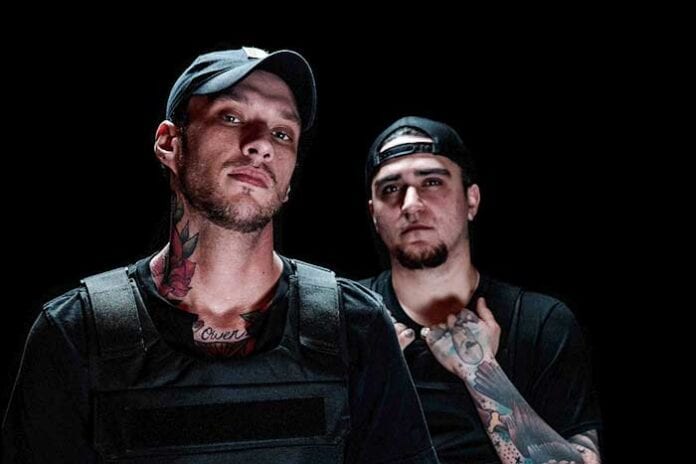 WATCH THE EXCLUSIVE PREMIERE OF THE NEW MUSIC VIDEO “1 STP AWY” FROM BLKHRT ONLY ON OUTBURN.COM

“‘1 STP AWY’ is truly just a song I wrote when I hit a wall with all the shit people throw at you when you get into the limelight just a little bit. Everyone’s a critic, but I am too.” – Josh Ryan (BLKHRT)

Ryan and singer/songwriter Zeke Vasquez met in 2010 and played in bands together in the same scene for years. Both gained minor success in the avenues they chose, Josh being a former frontman for Chin Up Kid and Zeke being the bassist for Islander.

Now, with the experiences they have gained from these bands, they hope to flip the scene upside down, with a goal of united both rock and rap fans. Be advised, there is no sugar coating with these guys. It’s real. Ryan says, “Get to a show, light up and unify for the love of real music!”