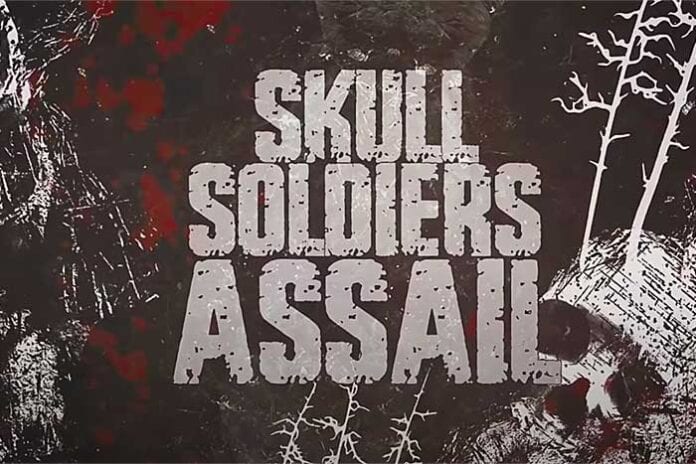 Finnish melodic death metal mainstays WOLFHEART are doubling their musical output with the announcement of their upcoming EP, Skull Soldiers, scheduled for release on March 5, 2021 via Napalm Records.

Today, the band has shared a brand new lyric video for the title track, “Skull Soldiers,” featuring guest vocals from Petro Solovey of Ukranian band Wolfanger. Blazing guitar leads and scorching guttural vocals burn as Solovey and frontman Tuomas Saukkonen tell the tale of a small unit of powerful Finnish soldiers who painted skulls and skeletons onto their helmets during the Winter War.

WOLFHEART frontman Tuomas Saukkonen says about “Skull Soldiers”:
“I wanted the first single to be as heavy and crushing as possible in our standards so it would reflect the theme in the best possible way. The lyrics also are heavily connected to the Skull Soldiers themselves, and Petro from Ukrainian band Wolfanger provided awesome guest vocals in his native language, adding another level to the brutality.”

ENTOMBED to Release Clandestine – Live in May 2019