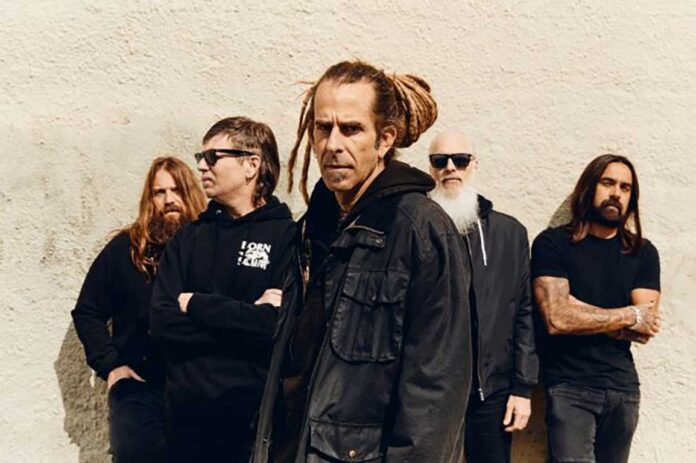 Watch and listen to “Omens,” the title track from LAMB OF GOD’s forthcoming 9th album. The new single from the GRAMMY-nominated metal colossus is available everywhere for download and streaming.

“I think a lot of the messes human beings find ourselves in could be very easily prevented simply by paying attention to obvious repeating patterns, both in our personal lives and in a broader sociohistorical context,” says LAMB OF GOD frontman D. Randall Blythe. “What some call ‘omens’ are really just manifestations of the fact that there is nothing new under the sun. It’s foolish to ignore this, but we all do it.”

The gargantuan “Omens” follows the album’s first single, “Nevermore,” which collected more than 1 million views on YouTube and over 1 million streams on Spotify shortly after its release just last month.

The Omens album arrives on October 7th, 2022, on Epic Records.