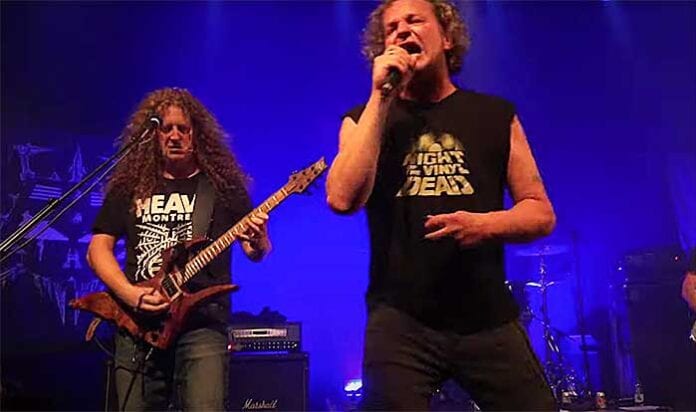 Canadian progressive sci-fi metal innovators VOIVOD is returning with a much overdue new live release entitled Lost Machine – Live. The album was recorded in Québec City during the worldwide touring cycle for the band’s latest studio album The Wake and will be released worldwide on November 27th, 2020 via Century Media Records.

To celebrate the forthcoming release, the band have dropped their second single off the live album today.

“And now, ‘Iconspiracy, the second single/video from our upcoming release Lost Machine – Live. Like the video for the first single ‘The Lost Machine’, the footage comes from the Montréal Jazz Fest 2019 and the audio is from the Québec City Summer Fest 2019, where the entire live album was recorded. ‘Iconspiracy’ has become one of our favorite songs to perform on tour since the album The Wake came out in 2018. The video direction is by Felipe Belalcazar and my art was animated by Jaan Silmberg. There are a lot more projects in the works. Meanwhile, have fun with this one,” states VOIVOD drummer Michel “Away” Langevin.