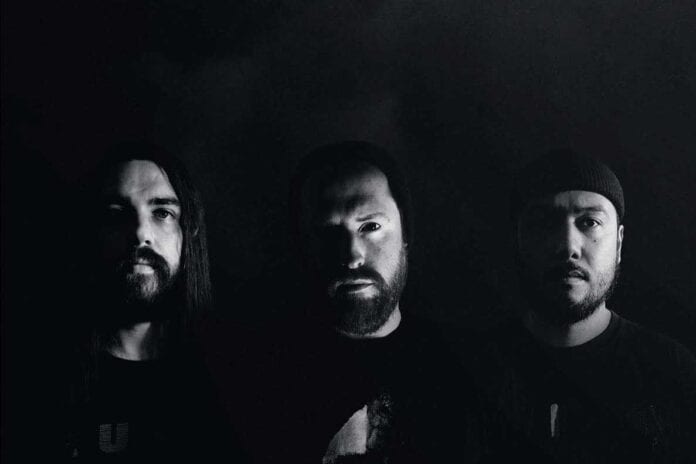 There is no single way that Urne describe their sound. It all comes back to one thing: heavy. There are shades of Metallica, Mastodon, and Alice In Chains in the mix — hopping between sludge, tech-metal, doom, hardcore, and anything else with a weighty heart.

Formed by ex-Hang The Bastard bassist Joe Nally and guitarist Angus Neyra after their former band called it quits, the pair already had a reputation for big, heavy riffs. Getting drummer Richard Harris on board in 2018, they gilded their new outfit with debut EP The Mountain of Gold, which immediately marked Urne out as a formidable new metallic force.

They return with debut album Serpent & Spirit. Heavier, wider, and with an even higher ratio of killer riffs than the EP, it also comes with a weighty concept based around the central character’s struggle as he’s pulled between good and evil, darkness, and light.

“I had a bit of a bad patch for a few months,” explains Nally, revealing the inspiration for the album’s lyrics. “I’m absolutely fine now, but I drew on those two months where I just wasn’t feeling great. I took that and wrote a story based about that. The actual track listing is done like that film Memento, where it’s all in a different order. Maybe one day someone will listen to the lyrics and work out which order the story goes in.”

He continues, “The album is called Serpent & Spirit. The spirit is the human experience and the serpent is the evil that tricks your mind. It’s about getting pulled apart and trying to find yourself within all of that. So it’s almost good and evil, and throughout the album it’s about a person getting pulled from the light to the dark.”