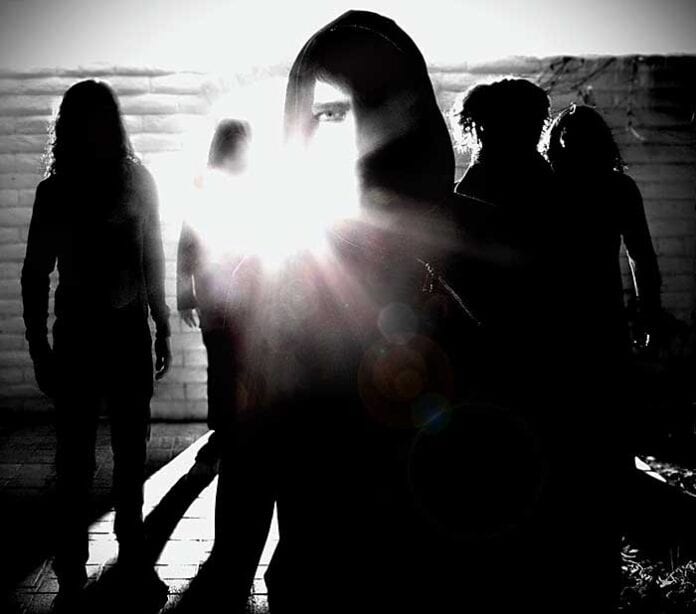 Gothic/dark rock outfit THE NOCTURNAL AFFAIR is set to emerge from the darkness behind the glow of the Las Vegas lights where they call home as they reveal their uniquely haunting sound on their new song “Beyond The Wall of Sleep.” The track marks the first single from their upcoming debut album (META)MORPHOSIS (due early 2021) which was produced by John Moyer (Disturbed) and mixed and mastered by Logan Mader (Machine Head, Once Human) who also contributed to some of the songwriting and production.

THE NOCTURNAL AFFAIR has performed alongside a wide array of artists from heavy metal heavyweights like HELLYEAH, Asking Alexandria, and Pop Evil to industrial rockers My Life With The Thrill Kill Kult and were last seen on tour across North America in 2019 with gothic metal outfit The 69 Eyes. The band is spearheaded by singer/songwriter Brendan Shane whose crushing and melancholic musical style is an ode to gothic rock torchbearers like Type O Negative, HIM, David Bowie, and Nine Inch Nails.

He shares: “‘Beyond the Wall of Sleep’ is a collaborative effort between Logan Mader and myself. Logan approached me a couple years ago with an unfinished instrumental and I was immediately drawn to the song. Words and melody came easy and the experience in the studio led to my unstoppable hunger to work with him on a record. He works quickly, his ideas are sharp, his songwriting is immaculate while inspirational and he brings out some of the best in me. Our collaboration reminded me a lot of my time working with John Moyer so I couldn’t help but set my sights on getting the two of them in one place to put our heads together and create. Throw in some beautifully riffed harmonies from Andy Ingraham and I couldn’t have asked for a better team.”

“I’m stoked to work with The Nocturnal Affair,” says Mader. “Brendan’s voice is timeless and he kills it in the studio every session we do together. Our collaboration on ‘Beyond the Wall of Sleep’ is epic. I feel strongly the future for TNA is bright and full of dark music that will resonate worldwide for generations to come.”