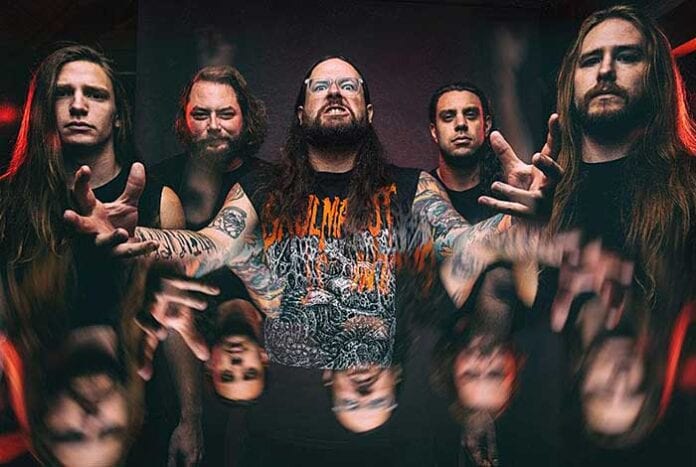 On April 17th, The Black Dahlia Murder will release their new album, Verminous, via Metal Blade Records. For a preview of Verminous, a video for the new single, “Child of Night” (produced by Vesa Ranta & Kaira Films), can be viewed here…

Verminous is The Black Dahlia Murder‘s most dynamic, rousing and emotional release to date, and it achieves this without compromising one iota of heaviness. “I think this is the biggest evolutionary leap we’ve ever taken from one album to the next. We stoked the creative fires with 2017’s Nightbringers and it’s gone much further now in Verminous,” states vocalist Trevor Strnad. “It’s a very colorful, moody, and charismatic album that experiments with new sounds and ideas without losing the cutthroat Black Dahlia edge. There is a lot of minutiae to digest. Plenty of delicious little Easter eggs woven into the fabric of each song. Each one is a living, breathing entity that will stand on its own as some of the best music this band has ever created.”

In support of Verminous, The Black Dahlia Murder will first head out to South Africa in March, before hitting the road with Testament for a North American tour, featuring Municipal Waste and Meshiaak as openers. The band will also return to Europe this summer for the festival season, appearing at Hellfest, Bloodstock Open Air, and more. See all confirmed dates below.