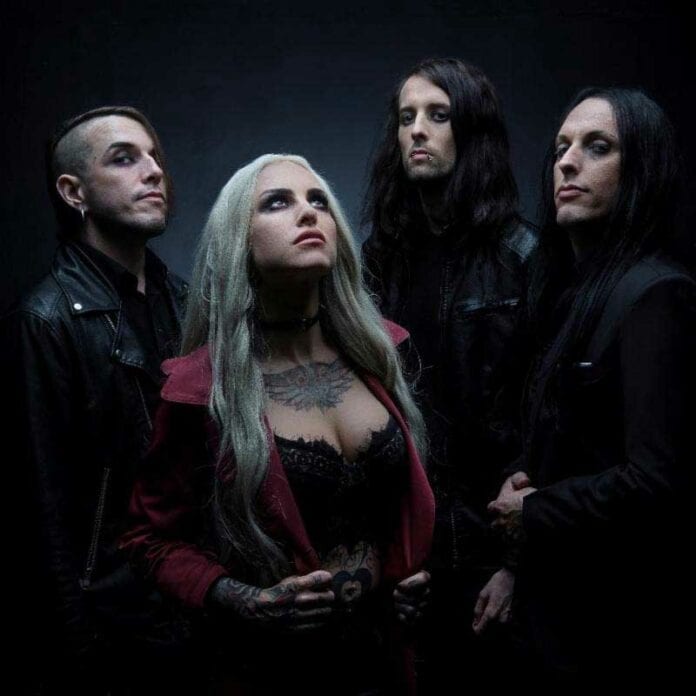 Hard rock band Stitched Up Heart has just dropped their new track “Lost” featuring Sully Erna of Godsmack. This is the first track released off of their forthcoming sophomore LP out this fall via RED MUSIC.

“‘Lost’ is about being trapped inside your mind and struggling against yourself to see the light,” states Mixi about the track. ”Sully and I had been trying to work on something together for a while and I’m so grateful that we were able to collaborate on this. It turned out even better than I imagined, and I’m so excited to share it as the first taste of our new music!”

Stitched Up Heart is gearing up to hit the road with Godsmack and Volbeat for their U.S tour. Fans can purchase tickets to the tour HERE. The band has previously shared the stage with massive bands like Halestorm, In This Moment, New Years Day, and Hell Or Highwater and have brought their high energy live show to rock award shows and festivals like Loudwire Music Awards, The APMAs, Shiprocked, Rock On The Range, and Ozzfest Meets Knotfest.

BODOM AFTER MIDNIGHT to Release Paint The Sky With Blood EP