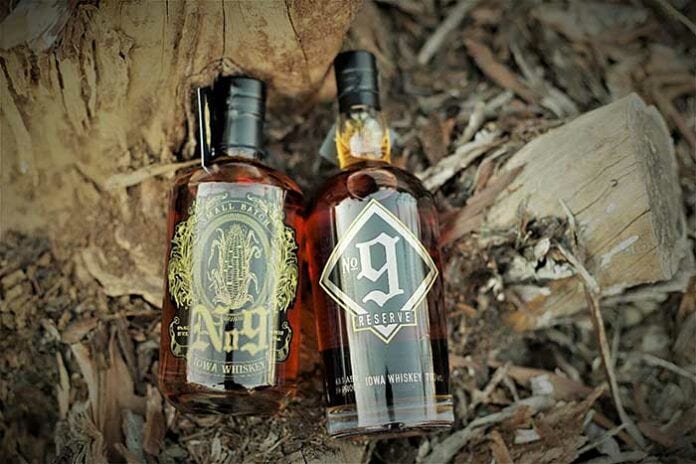 Multi-platinum, genre-defining metal band, Slipknot announce the release of a Special Edition Black Friday Bundle of their Slipknot No. 9 Iowa Whiskeys. The bundles will include one bottle of the remaining 2019 Batch of No. 9 Reserve and two bottles of No. 9–offering the last chance to get the No. 9 Reserve before the holidays. On Thursday, November 28th, 2019, at 8 pm EST/5 pm PST, these special edition bundles go on sale at CraftShack.com.

Slipknot released its very own craft spirit, Slipknot No. 9 Iowa Whiskey, this past August. The band collaborated with Iowa-based Cedar Ridge Distillery, which was awarded Distillery of The Year in 2017 (American Distilling Institute), to produce the No. 9 and No. 9 Reserve Iowa Whiskeys. Made with corn from the Cedar Ridge farm in Winthrop, Iowa, these whiskeys celebrate the band’s own Iowa roots. The release included bottle signings along the Slipknot headlined Knotfest Roadshow, leading to sell-outs across the country.

In his piece for Forbes, noted Whiskey critic Fred Minnick said, “Slipknot’s No. 9 single-handedly puts Iowa whiskey on the map and is the best liquid distilled there.”

FEATURES:
SWEET & SPICY – Complex flavors are due to the amount of corn and rye in the mash bill, 56% corn, 36% rye, and 8% malted barley. All corn is grown at Cedar Ridge’s family farm.
BOLD FLAVOR – Finishing these expressions at higher 90/99 proofs leads to more robust, complex sipping whiskeys.