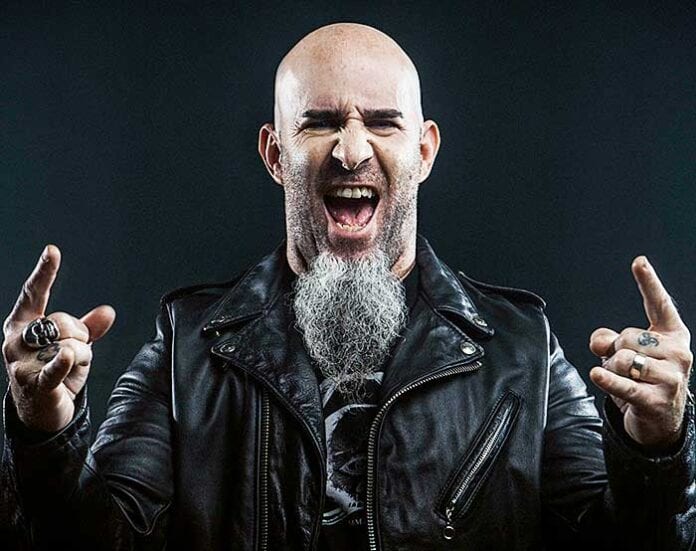 Scott Ian can rightly be called one of the most interesting people in metal. In addition to his time as a guitarist and vocalist for Anthrax, he’s played with Stormtroopers Of Death, Mr. Bungle, and The Damned Things. Most recently, as detailed in our write-up on Grandpa Metal by Brian Posehn, Ian has even begun to dabble in what we can only all comedy metal.

Aside from Ian’s musical ventures though, part of what makes him so interesting is that he’s known to be quite the poker enthusiast. Now, this is something you actually hear about a surprising number of people in show business. But digging into Ian’s history with the game, it’s clear that this isn’t just token interest, or the occasional celebrity tournament appearance.

One of the earliest examples we can find of Ian playing poker at a high level actually comes from an account from Phil Hellmuth in the Falls Church News-Press. For those who don’t know the name, Hellmuth is a decorated professional poker champion, and in this piece appears to recount watching Ian play a few high-stakes hands in Aruba. Ian won several thousand dollars by placing a big bet with a two-pair, which according to the Poker.org hand ranking charts is a hand one secures only about 7.62% of the time. What really made the win impressive, though, was that Ian had only a pair of queens before the final card dealt landed him a second pair of eights. He bet on this good luck and forced his opponent to fold — despite the opponent having a better two-pair of queens and tens!

That example from back in 2009 shows some poker savvy and a bit of daring, which has helped to carry Ian through a number of big poker events in the years since. We could highlight additional specific examples, but suffice it to say he’s made enough of a habit out of playing big-money events to be considered a real, professional poker player. He once won a 200K Ultimate Bet online event, and also placed in the top 700 (out of more than 6,000) at the World Series of Poker in 2010.

As to what it is about poker that’s been such a draw to a guy who quite clearly has plenty of other fun (and profitable) stuff on his plate, it’s difficult to say. The simplest explanation is that Ian loves the game and appears to have a real knack for it. That said, he also seems to appreciate the lifestyle associated with pro poker. Somewhat shockingly, Ian said in an interview posted on BraveWords that today’s poker players are “way more over the top” than rock stars. Ian almost seemed to mean this as more of a critique of a tamed rock culture — though he did say that some of the big-spending antics he sees among poker stars amount to more than he’s ever seen rock stars do. That’s quite a claim, but maybe it further explains the allure of the game to a career metal guitarist!

Whatever the case, Scott Ian’s relationship with poker goes well beyond the typical celebrity connection to the game. In this case, the renowned metal star appreciates and plays poker at a professional level.