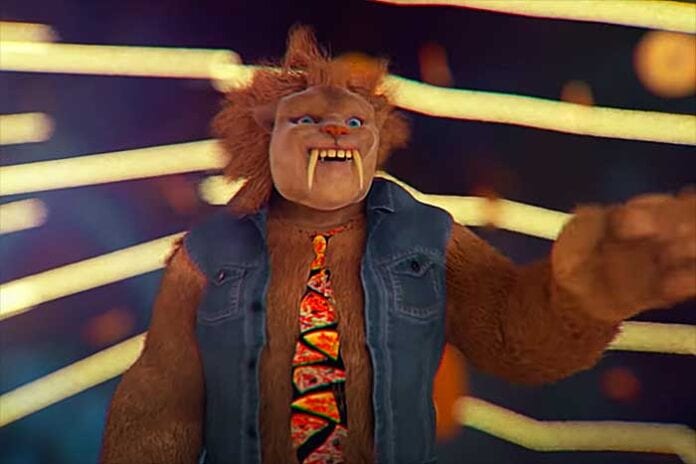 Red Fang shares the tragic tale of Arnie Von Party, a pizza parlor mascot whose predilection for the company goods puts the fuzzy fiend in a world of hurt, via their new video for “Why.”

“Whoa!!! This video is JAM-PACKED with thrills, chills and spills. Our buddy Ansel Wallenfang, director of the music video/video game for our track, ‘Antidote,’ is back with a wild and hilarious, but also touching story about a special group of friends who play together as the in-house band for a casual pizza restaurant,” explains vocalist and bass player Aaron Beam. “Things get a lot darker than you might imagine. We hope it’s not too cheesy!”

The clip offers the third preview from the Portland based band’s forthcoming album, Arrows (June 4, Relapse Records). Earlier singles include the title track, released via a hilariously Katana-gone-wrong video and the track, “Funeral Coach.” Early reviews for the new music point to this being one of Red Fang’s most critically revered albums to date.

WE CAME AS ROMANS Announces Free “The Barricade” Live Performance