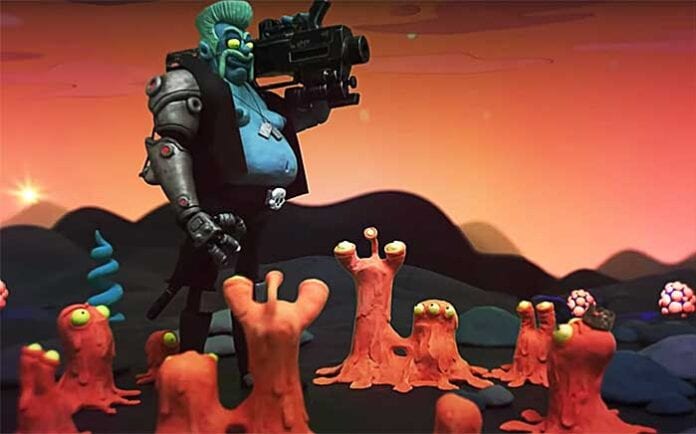 The video for “Tally-Ho” is another masterful Oliver Jones concoction, part of a music video trilogy the artist will complete in the New Year. It’s an intergalactic affair, brought to life with imaginative claymation effects.

Of the video, director/artist Jones explains, “It was super fun to work on another video for the guys. That said I thought ‘Mr Prism’ was a full on/intense video to produce, however this is on a whole other level. Last time I was given an idea to go on, this time I was given a blank canvas. And me being me I made it even more difficult for myself by having triple the locations/characters/vehicles/shots. You always want to push what you have done before, try new things and do it even bigger and better before and I hope between Brandon and myself we did just that!”

Shyga! The Sunlight Mound is out February 5, 2021 via Marathon Artists. For more info or to pre-order, go here.

A DAY TO REMEMBER Return With Brand New Single “Miracle”

Take a Hell Ride with MONSTER MAGNET on Their “Motorcycle (Straight...