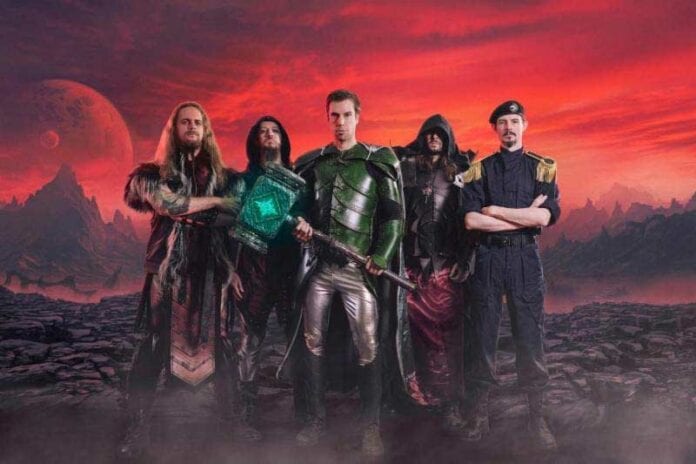 On their 2013 debut album, Tales from the Kingdom of Fife, GLORYHAMMER’s story began with the tale of an alternate-history medieval Scotland – a realm of dragons, wizards, magic and dark sorcery. The story tells the legend of the glorious hero Angus McFife XIII, who wages a long war against the evil sorcerer Zargothrax, in order to free the people of Dundee!

In this latest installment of the GLORYHAMMER story, the galaxy waits in fear for the return of Angus McFife XIII, who fought the greatest battle the galaxy has ever heard of, against Zargothrax. All hope of the Kingdom of Fife lies in the strong arms and the infinite wisdom of their young prince.

For Legends from Beyond the Galactic Terrorvortex, the five heroes around Angus McFife XIII created the galactic hymn, “Gloryhammer,” which tells the story about their own journey through time and space, the greatest battles of all times and neverending glory.

Watch the video for “Gloryhammer” HERE