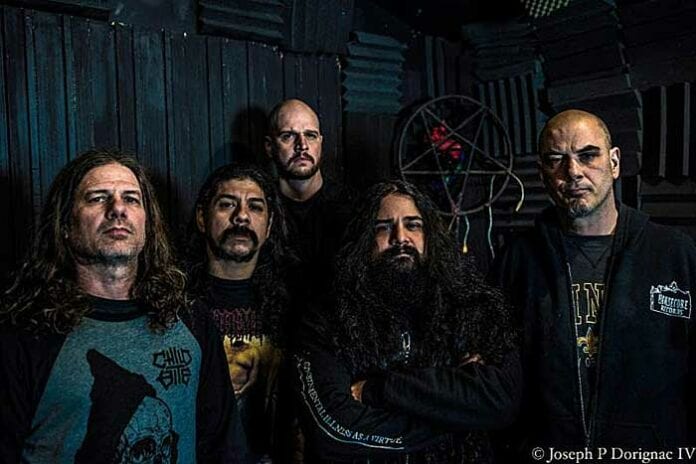 Following their recent run through Latin America last month, PHILIP H. ANSELMO & THE ILLEGALS return to US stages this week beginning with an intimate headlining show at Zydeco in Birmingham, Alabama on Thursday, September 26th followed by a performance at Louder Than Life fest in Louisville, Kentucky (3:35pm on the Oak Stage!) Friday, September 27th and a special set at The Red Room in Little Rock, Arkansas September 28th.

The band will also appear at Aftershock Festival in Sacramento, California in October before kicking off an extensive US run supporting Slayer on the last leg of their farewell world tour. The Final Campaign will commence on November 2nd in Asheville, North Carolina and come to a close November 30th in Los Angeles, California. Additional support will be provided by Primus and Ministry.

Playing a special Vulgar Display of Pantera set, the band’s performance will be comprised of ILLEGALS tunes alongside Pantera hits. Comments Anselmo, “There are no words that could describe the gratitude that I feel, that we feel, for this incredible opportunity. There couldn’t be a better tour to be on. Ever. Huge thanks to the Slayer band and organization for giving us this shot. We love you and we’re coming to jam! Pantera’s last tour was with Slayer, and Slayer’s last tour, I’m with them. It’s perfectly ironic. Bring it on! PS, for all those coming to the show, get there early ‘cause we’re playing some classics.”

In January, the band will make their way to Japan for three special shows with labelmates King Parrot and Palm with more dates to be announced in the weeks to come. See all confirmed dates below.

A CLOUD OF RAVENS Debuts Video for “When It Comes”