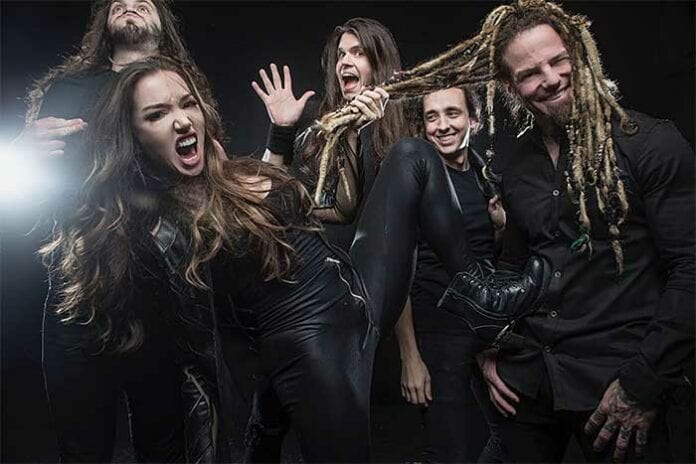 Once Human have released their new song “Sledgehammer” as well as an accompanying video. A first hint to a new album which will be scheduled for 2020. Well, more of a statement than a hint, as Logan Mader explains:

“Sledgehammer smashes from start to finish. With insane riffs, relentless drumming and Lauren Hart just kills it! Vocally showcasing totally new and powerful cleans in the massive chorus hook, it marks a new chapter in Once Human sound. I had tons of fun producing and mixing this track. Utilizing more analog gear than I normally do it’s really explosive. Our last album sounds good but this one actually smokes it.”

Having made waves with their 2015 debut, The Life I Remember, the band has dramatically progressed beyond the melodic death metal sound of that release into something more complex, emotional, distinct, and devastatingly heavy. Evolution was not just the title of Once Human’s sophomore release two years ago it was an armor-plated declaration. And it evolved into something big. The video for their lead-off single “Eye Of Chaos” by now gathered more than 8.7 million views on YouTube alone. The new single “Sledgehammer” is testament to the fact that this evolution never stopped and Once Human keep surprising us with new elements. Stay tuned for what is to come in 2020.

The Best Use of GUNS N’ ROSES Music in Video Games