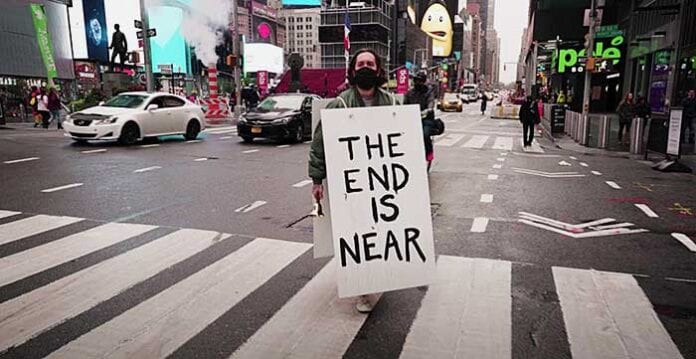 Today, NOTHING shares a video for “April Ha Ha,” taken from their latest album The Great Dismal released last Friday. The visual, which speaks to the unending feeling of calamity that is life in 2020, is directed by Domenic Palermo who said about the visual: “Life is a joke and everyone in it is too.” The song is the fourth to receive a visual from the album following “Famine Asylum,” “Say Less” and “Bernie Sanders.”

Out via Relapse Records, The Great Dismal was recorded throughout quarantine with producer Will Yip at Pennsylvania’s Studio Four. The album explores existentialist themes of isolation, extinction, and human behavior in the face of 2020’s vast wasteland.

“The Great Dismal refers to a swamp, a brilliant natural trap where survival is custom fit to its inhabitants,” Palermo states. “The nature of its beautiful, but taxing environment and harsh conditions can’t ever really be shaken or forgotten too easily.”

COLD Return with New Album The Things We Can’t Stop and...