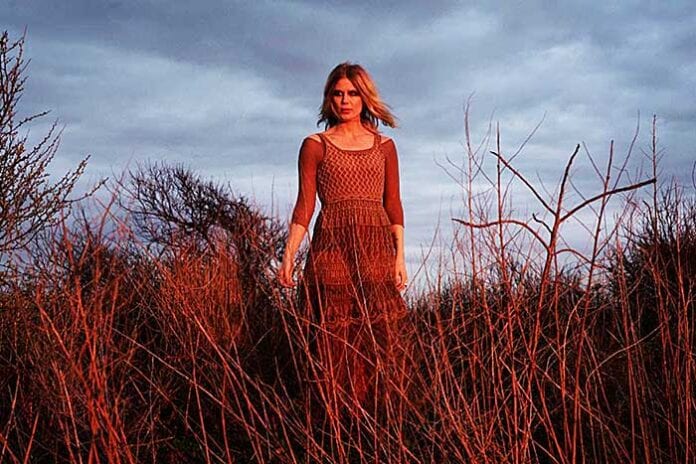 Myrkur’s Amalie Bruun has shared a third and final pre-release single from her forthcoming album, Folkesange which is set for release March 20th via Relapse Records.

Myrkur has always carved her own path and challenged underground preconceptions of heavy genres. Soon after newfound motherhood, Bruun sets out on a journey into the very heart of the Scandinavian culture that marked her own childhood. On Folkesange she relinquishes black metal for a refined yet far-reaching evocation of traditional folk, combining songs ancient and new to sublimely resonant effect.

Following previous singles “Ella” and ”Leaves of Yggdrasil,” today she presents a third glimpse with “Gudernes Vilje,” a Danish term which translates as “The Will of the Gods.” She explains, “I wrote this song about being given the biggest gift in life and then having it taken away from you. ‘Alt går som Gudernes Vilje’ means Everything goes according to the will of the Gods. We are only human and some of the biggest most important things in this life, are completely out of our control.” The song features piano, violin, mandola, cello, frame drum along Bruun’s ethereal, crystalline vocals.

THE USED Announce Heartwork Due Out April 24