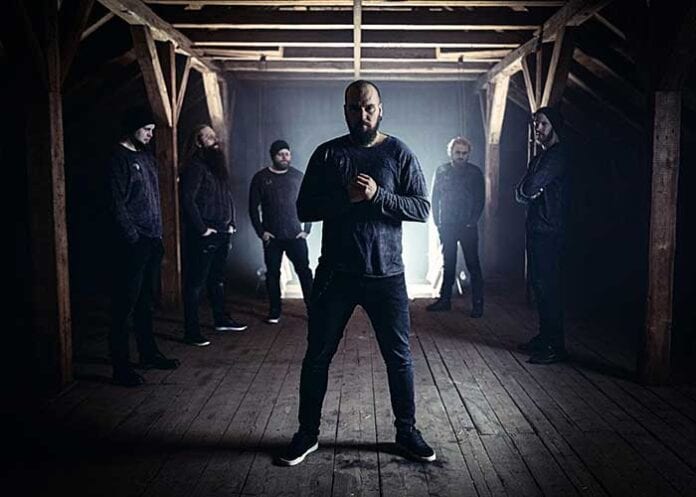 Emerging from the Finnish coastal town of Kotka, melodic death/doom metal strikers MARIANAS REST will unleash their third studio album, Fata Morgana, on March 12, 2021 via Napalm Records. In anticipation, they have just unveiled the first single from the album, entitled “Glow From The Edge,” along with a moving official video.

The Finns—featuring Jaakko Mäntymaa on vocals and Omnium Gatherum’s Aapo Koivisto on keys—showcase a true virtuosity of heavy riffs, hypnotizing soundscapes and impetuous tempo changes on their new work of art. Fata Morgana combines intense melodic death metal spiced with significant doom elements and breathes an overall melancholic theme with every note, which the first output, “Glow From The Edge,” is proof of. Atmospheric guitar tones set the stage for this gloomy melodic death and doom metal offering. Spoken words permeate the listener’s brain, soon erupting in harsh and intense growling while the dreamlike backing vocals of guest musician Lindsay Matheson/Schoolcraft are carried along with sophisticated melodies.

Vocalist Jaakko Mäntymaa on the first single, “Glow From The Edge”: “Glow has a dreamy, mystic aura to it. I think it represents the evolution of the band and therefore it was an easy choice to be the first song released.”