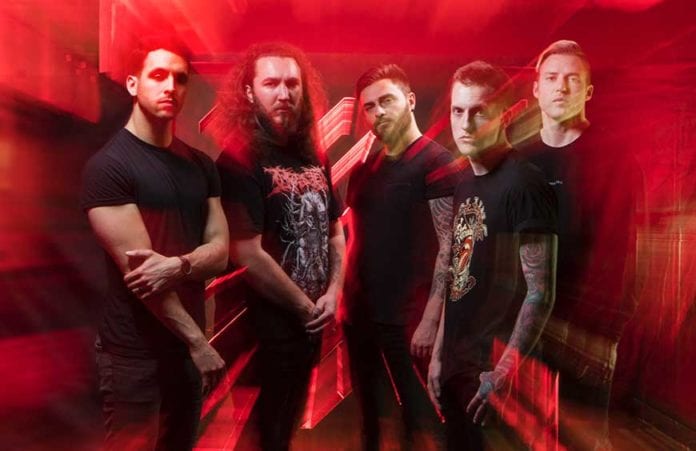 After generating nearly half-a-billion streams, going gold in a climate where that achievement is becoming more and more rare, and launching a two year whirlwind of sold out shows, Detroit’s I Prevail return with their second full-length and one of the year’s most anticipated releases with Trauma. The album will be released through Fearless Recordson March 29.

Trauma represents a victorious moment in the wake of a series of trials and tribulations endured by the Michigan quartet—Brian Burkheiser (clean vocals), Eric Vanlerberghe (harsh vocals), Steve Menoian (lead guitar), and Dylan Bowman (rhythm guitar). Even as they catapulted towards mainstream notoriety with 2016’s breakout Lifelines, they faced unforeseen and unbelievable hardship that might’ve broken any other band.

Burkheiser dealt with a debilitating and shocking vocal injury that jeopardized his future as a singer. He made it through, but dealt with the aftershocks of stress and anxiety. Mired in thoughts of potentially leaving the band, he made a choice. He got together with his band brothers in 2018 and they decided to craft the record they wanted to hear without outside input. Joined by producer Tyler Smith (Falling In Reverse), they emerged from 10 months in the studio with Trauma.

Now, the album represents a realization of their full potential. I Prevail elevate rock by making it unpredictable again, leaping from moments of metal, alternative, electronic, and hip-hop. This unpredictability powers the heavy and hard-hitting new single “Bow Down.” Watch + listen here.

Additionally, they unveiled an accompanying single “Breaking Down,” which pairs glitchy flourishes with a hypnotic and heartfelt vocal performance and impactful refrain. Watch + listen here.

With an equally melodic, magnetic, and momentous offering, I Prevail triumph on Trauma. Smarter, slicker, and soaring towards stardom, rock music gets the band it needs to carry it to the forefront of culture again: I Prevail.