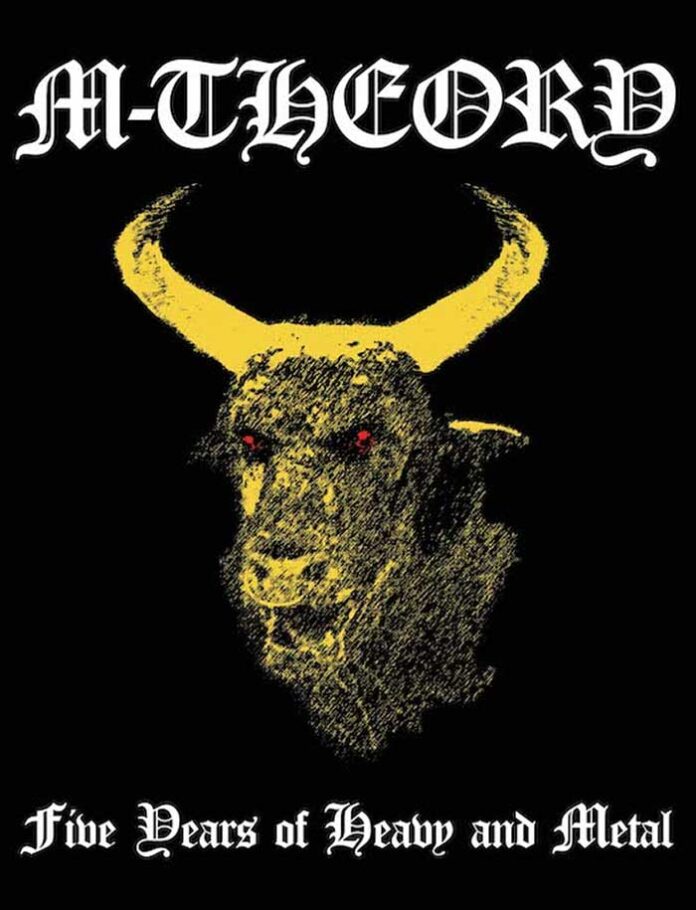 M-Theory Audio is proud to announce the beginning of a year-long celebration of its five-year anniversary. The celebration of “Five Years of Heavy & Metal” will see special announcements every month throughout the year of 2022 that will commemorate both the power and diversity of the albums that have been released since the label’s inception in 2017.

The festivities will begin this month with the launch of an exclusive design inspired by the legendary Bathory that reinforces the love for underground metal that M-Theory Audio was founded upon and pays tribute to the roster of genre-pushing bands that have helped build the foundation of the label’s first five years. You’ll see this imagery throughout the year and we’re pleased to announce a pre-order for its commemorative merch is available now at the label’s webstore www.m-theoryaudio.com/store

While supplies last orders from the label’s webstore will also be shipped with commemorative stickers and/or buttons and every one will receive a FREE 2CD label sampler highlighting many of the artists released by the label these last five years with any order.

M-Theory Audio was launched in 2017 by Marco Barbieri. He was inspired by his three decades of experience within the heavy metal industry – first as founder/editor of Ill Literature Magazine in the 1990s, followed by lengthy stints as an executive at Metal Blade Records and Century Media Records, and more recently as a band manager operating under the umbrella of Salem Rose Music – to form the imprint as a nurturing home for developing bands that are poised to become the next generation of heavy metal and new music from re-energized greats of the last two decades. The label has also served a second home for vinyl reissues of landmark records from the genre’s past.

The first five years of M-Theory Audio has seen the label introduce the world to a diverse roster of emerging acts from all over the world that specialize in all extremes of the heavy metal genre. The label is proud to have exposed the following bands – and more (just check out the label’s roster page on their website) – to new audiences: