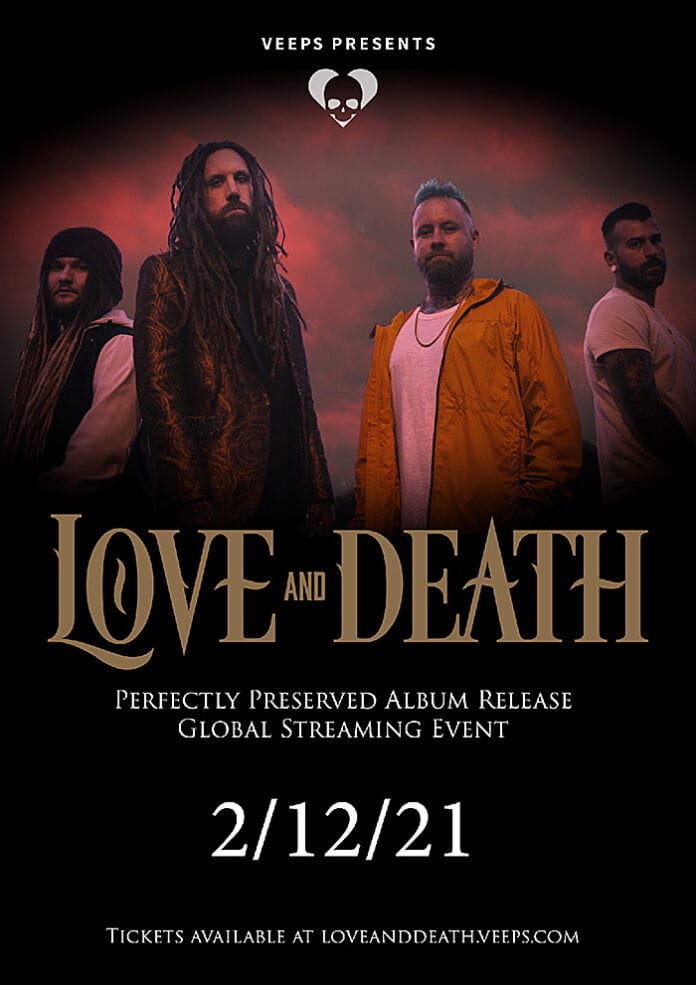 With the release of their highly anticipated new album, Perfectly Preserved, and globally streamed album release concert only a week away, Love and Death, the anthemic hard rock project spearheaded by Brian ‘Head’ Welch (Korn)and Jasen Rauch (Breaking Benjamin) have revealed the full list of special guests joining them as they take to the stage for the first time in eight years. Joining the band for their epic streaming event on February 12th will be Lacey Sturm of Flyleaf, Keith Wallen of Breaking Benjamin, and Matty Mullins of Memphis May Fire. Tickets available here.

The band have also shared a clip of behind the scenes rehearsal footage for the event.

Speaking on his excitement for the upcoming streaming event, Brian “Head” Welch shares: “Regarding the album release concert February 12, I’m actually quite shocked that we are going to pull off such an amazing event with some special very guests who live in different states—all during a world-wide pandemic!”

ZEAL & ARDOR Shares “Götterdämmerung” and Embark on Fall Tour with...