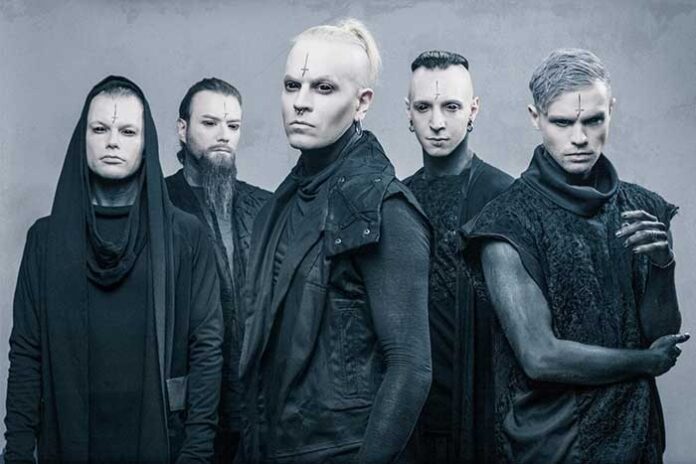 LORD OF THE LOST released their new album, JUDAS, on July 2, subsequently securing the band’s highest ever charting position at #2 on the German album charts. Even after this success, the Hamburg based band isn’t taking a break, following up with their most elaborate music video ever.

“Viva Vendetta” forms the basis of the double bonus album, LOTL+, which was included with some already sold-out physical album formats. LOTL+ consists of 32 versions by befriended bands and artists based on the instrumental tracks from “Viva Vendetta.” None of the artists were privy to the album concept or any further info on JUDAS, resulting in 32 fundamentally different versions.

The video for the album version of “Viva Vendetta” is set in a dark western scenario, in which the band members take on different roles: a blacksmith, a priest, a sheriff, a bartender and a hermit. They are all haunted by a dark entity, already known from the videos for “Priest” and “For They Know Not What They Do.” No matter where we stand in society, we are all equal before higher powers—this message is conveyed in a music video that is over seven minutes long and meets the highest cinematic standards.

Whether the five lonely cowboys in “Viva Vendetta” are cursed and damned by the protagonist, or saved and redeemed, can be interpreted either way in the end. Thus, even a Wild West music short film creates the actually absurd connection to the album concept of the Damnation and Salvation of Judas Iscariot.

LORD OF THE LOST on the new video: “Even though we managed to transfer the basic theme of our JUDAS concept to the “Viva Vendetta” video, many may still ask what a western has to do with the topic, or us as a band at all. The answer is quite simple: Nothing at all! We just felt like the visual aesthetic of our own little Tarantino fantasy mashup. And that’s exactly what should drive an artist at heart: The desire to create, freed from all boundaries, especially your own.”