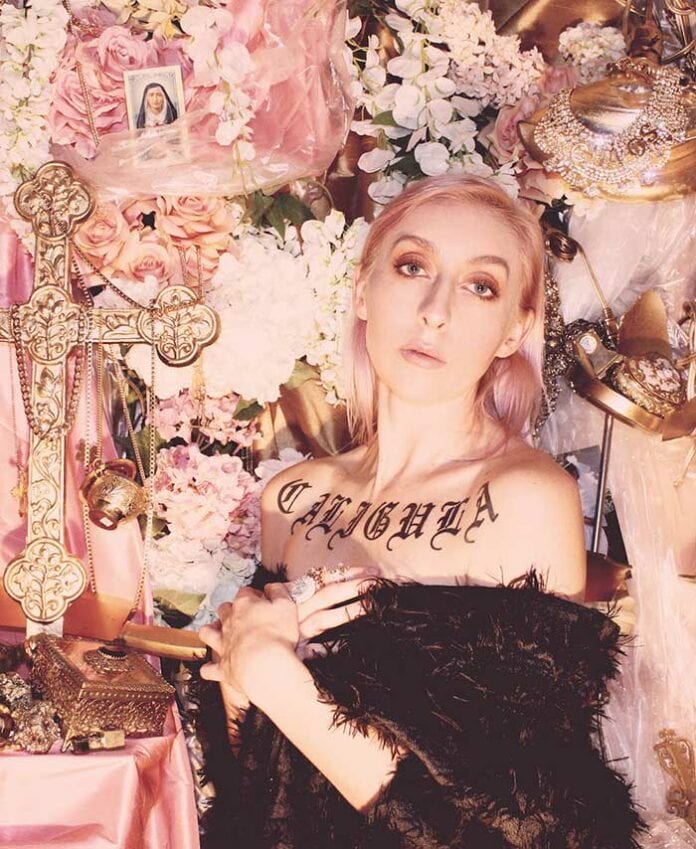 On her new album CALIGULA, Lingua Ignota takes Kristin Hayter’s vision to a new level of grandeur, purging her and vengeful audial vision going beyond anything preceding it and reaching a new unparalleled sonic plane. Eschewing and disavowing genre altogether, Hayter builds her own world. She fully embodies the moniker Lingua Ignota, from the German mystic Hildegard of Bingen, meaning “unknown language” — this music has no home, any precedent or comparison could only be uneasily given, and there is nothing else like it in our contemporary realm.

Due out July 19th, CALIGULA finds Hayter at the peak of her powers as a vocalist, composer, and storyteller. The album refuses to settle in any known lane, instead opting to tackle massive scopes and influences spanning across time and place. One thing remains unchanged, though: Hayter continues to explore themes of violence and vengeance through a survivalist narrative that is equal parts chilling and empowering.

Working closely with Seth Manchester at Machines With Magnets studio in Rhode Island, Hayter strips away much of the industrial and electronic elements of her previous work. Channeling the menacing intensity of her live performances, Hayter utilized unconventional recording techniques and live instrumentation to bring a frenetic energy to CALIGULA.

Pooling talent from Sam McKinlay (THE RITA), visceral drummer Lee Buford (The Body) and frenetic percussionist Ted Byrnes (Cackle Car, Wood & Metal), with guest vocals from Dylan Walker (Full of Hell), Mike Berdan (Uniform), and Noraa Kaplan (Visibilities), CALIGULA is a massive work, a multi-layered epic that gives voice and space to that which has been silenced and cut out.

CALIGULA will be released via Profound Lore on July 19 and Lingua Ignota will be on tour this fall in support of the album. Preorders are available here. Look for more news regarding Lingua Ignota and CALIGULA to come soon.

CALIGULA — Track Listing:
1. FAITHFUL SERVANT FRIEND OF CHRIST
2. DO YOU DOUBT ME TRAITOR
3. BUTCHER OF THE WORLD
4. MAY FAILURE BE YOUR NOOSE
5. FRAGRANT IS MY MANY FLOWER’D CROWN
6. IF THE POISON WON’T TAKE YOU MY DOGS WILL
7. DAY OF TEARS AND MOURNING
8. SORROW! SORROW! SORROW!
9. SPITE ALONE HOLDS ME ALOFT
10. FUCKING DEATHDEALER
11. I AM THE BEAST