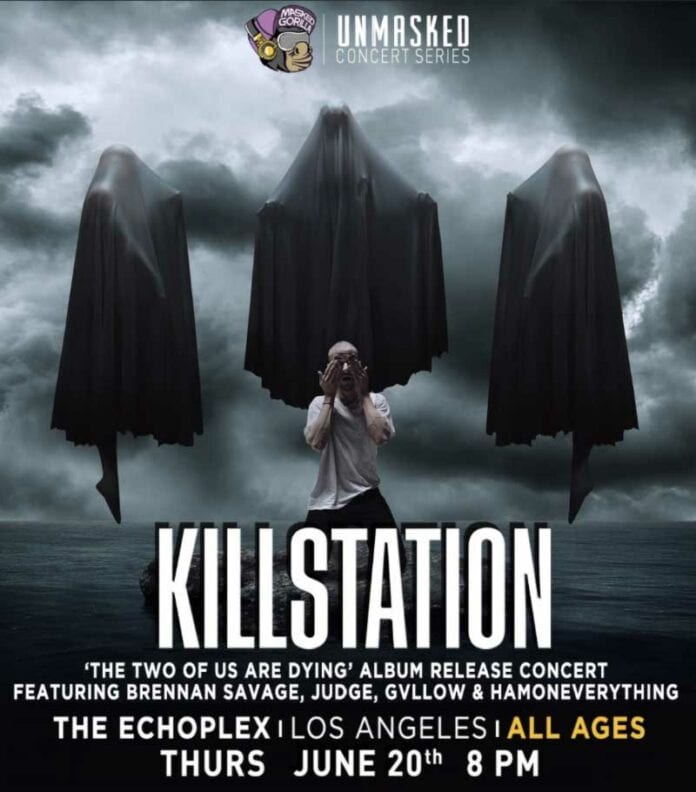 Genre defying artist, KIllstation, has released a brand new video for his track “Exelsior.” The second video to be released from his debut, full-length album The Two Of Us Are Dying released last month.

The video release comes a day prior to Killstation’s hometown album release concert at the Echoplex in Los Angeles in association with The Masked Gorilla where he will be joined by Brennan Savage, Judge, Gvllow and HamOn Everything. Tickets are available from Unmasked.LA

Killstation (aka Nolan Santana) seamlessly blends multiple musical elements into the deeply personal collection of songs that make up his brand new album The Two Of Us Are Dying released May 29th.

Not only did Nolan play every single instrument on his debut full-length album, he also produced, mixed and mastered the project. The Two Of Us Are Dying is as honest and authentic a representation of who he is as an artist as possible.