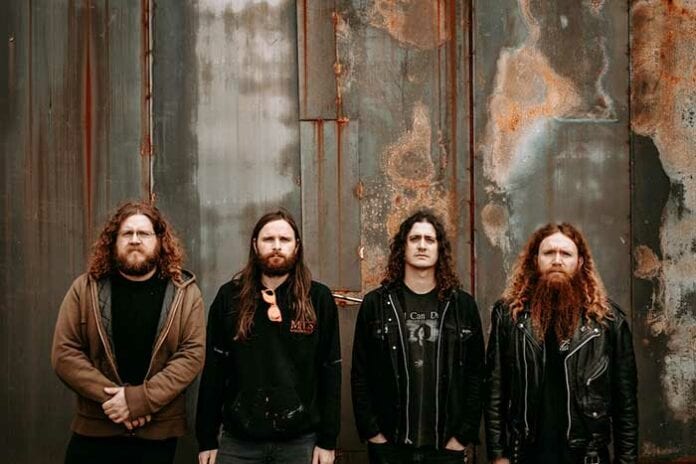 Following the release of their universally acclaimed new album Sulphur English, Richmond’s Inter Arma have announced another string of North American tour dates in support of it.  The band will tour along the east coast in late August into September with Creeping Death in tow.  Check out the dates and venues listed below.

Out last April on Relapse, Sulphur English finds Inter Arma mining deeper in the proggy organic doom fields that made their prior albums so thrilling while expanding further the on the psych-folk strain that made those albums’ peaks seem so lofty. Despite all the new territory being covered both musically and lyrically, Sulphur English isn’t an experiment. It’s not Inter Arma testing the waters. It’s a necessary step in the evolution of a band whose music remains unclassifiable. Few bands make music as engrossing as Inter Arma; their lengthy, almost meditative songs rumble patiently forward until you’re ready to get thrown off a bridge — and then they throw you, with great force.

See Inter Arma on tour later this summer and look for more news from the band soon.

FIT FOR AN AUTOPSY Share “The Sea Of Tragic Beasts” Song...