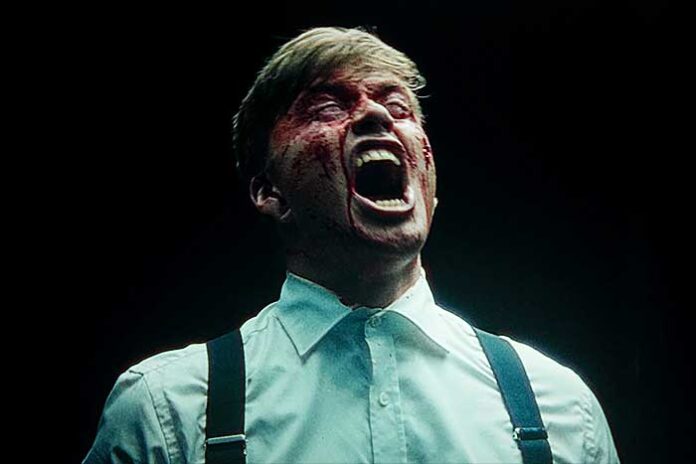 IMMINENCE—vocalist and violinist Eddie Berg, guitarists Harald Barrett and Alex Arnoldsson, drummer Peter Hanström, and bass player Christian Höijer—has released the video for their new single “Ghost,” a psychedelic and supernatural cinematic experience that flirts with the occult and explores the darkest corners of the mind.

“Ghost” follows “Heaven In Hiding,” which instantly became the fastest growing release in the band’s history, an accolade previously held by the May 2021-released track “Temptation.” Once again, the group displays its unrestrained, diverse, and dynamic approach with “‘Ghost.”

Director Pavel Trebukhin and IMMINENCE have invested more time and effort than ever on the video production, ensuring the viewer experiences a completely new level of artistic storytelling by continuing to raise the bar for themselves.

The new single is a hard-hitting fireball, mixing influences that haven’t been heard from the band since their breakthrough 2015 single “The Sickness.” It also features an unmistakable violin performance by singerBerg.

“‘Ghost’ is a perfect example of how the creative flow in Imminence just knows no boundaries,” says Barrett. “We don’t follow trends or try to fit our art into a format; rather, we’re always eager to explore the unexpected.”

The new single was recorded, mixed, and mastered in Sweden by Henrik Udd, an award-winning producer that has worked on some of the most critically acclaimed albums by acts such as Architects, Bring Me the Horizon, and At the Gates.