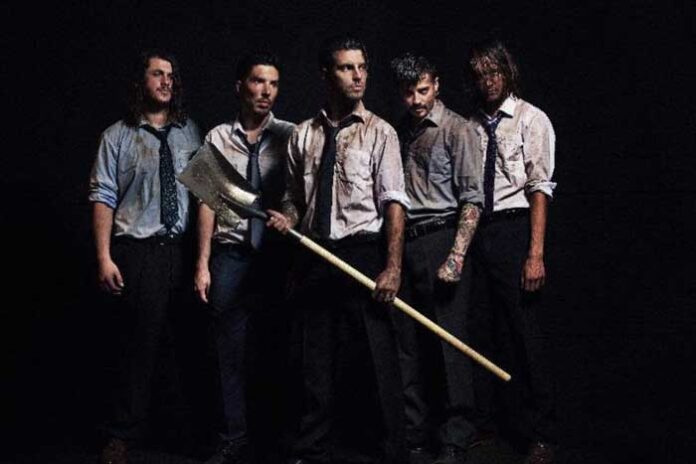 Blood is red, veins are blue, Ice Nine Kills have a (Bloody) Valentine’s gift for you.

The overlords of Slashercore, Ice Nine Kills, are celebrating the most romantic day of the year by delivering a special Valentine’s treat to their fans in the form of a gore-filled animated music video for their track “Take Your Pick” featuring Cannibal Corpse frontman, Corpsegrinder and inspired by infamous horror movie My Bloody Valentine.

Speaking on their new release, Ice Nine Kills frontman and creative visionary, Spencer Charnas shares: “To pay tribute to one of the most vicious slashers of the 1980’s we knew we had to cook up a video and musical number with only 2 things in mind, brutality and poor taste. We are honored to have the legendary Corpsegrinder providing his signature vocal assault which will hopefully disembowel the listener. With so many ways to die this Valentine’s Day, take your pick…”